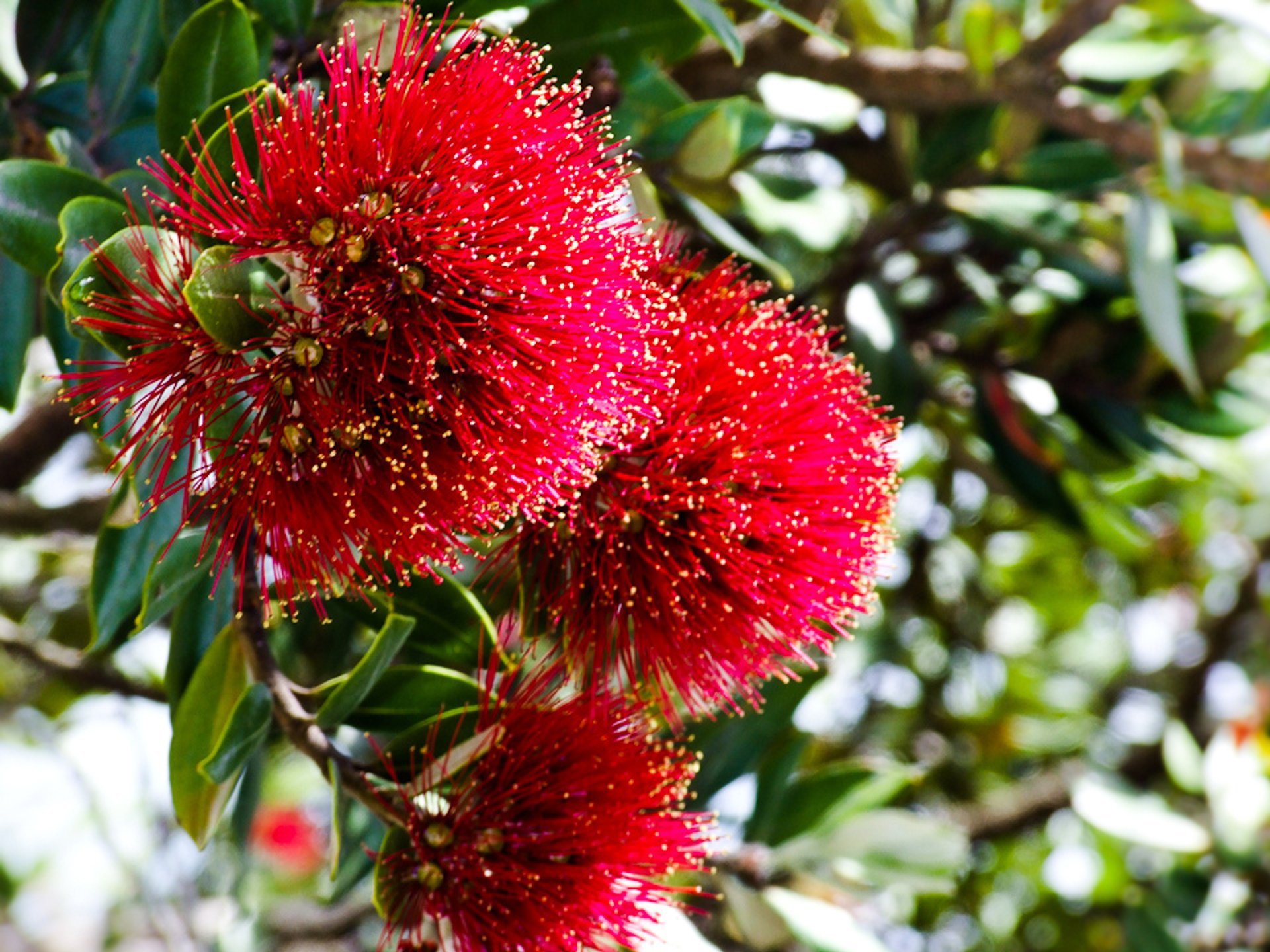 This is my last post (can you hear the lone bugler?) and while I was going to finish on an esoteric note there’s been a few indications these past two weeks of where the visa process might be heading in New Zealand, at least in the short term, that will make for interesting reading.

You may recall Government announced that there are three stages to the plan to re-open the international border in 2022:

2. From mid February New Zealanders from everywhere else (as in, not Australia) can head home. The Government (only under pressure through a question being put to the Minister in Parliament last week) also confirmed that anyone holding a Critical Purpose Visitor Visa (meaning in part those with jobs in NZ to take up) can also travel if fully vaccinated.

3. From April 22 it seemed initially that everyone else would be able to travel under the ‘other eligible travellers’ group but the government has (still) not advised who those people are. Could it be general tourists or people coming to find work? That was the impression given but why Government hasn’t offered any public definition of exactly who is covered from that date escapes me - unless of course they made the announcement first and are working through the details second - something they have become very good at doing in recent times. We have a Minister of Tourism advising we won’t be having general tourism till 2023 but where it might leave international students, people coming to find jobs etc, we do not  yet know.

At last it seems the fog may be lifting on the border but it would be really helpful if the Government actually provided definitions and criteria when it released policy so we know what criteria will apply to whom.

It is however still good news. For those of you that are working on moving to New Zealand during 2022 and need job offers to make it happen it looks like you will be good to go by mid year. Covid variants and Government not getting cold feet willing of course…

On that last point the New Zealand Government continues to send mixed messages that is confusing the heck out of people and making the lives of those of us who need to get to New Zealand more complicated. Although last week the Minister for Covid Response confirmed there’d be no ‘walking back’ of these dates last week, earlier this week the Prime Minister, once again, came out and contradicted him. She said, as she tends to do, that while she is hoping the government can stick to these dates, she adds the qualifier it’s subject to ‘Omicron’ and any other good reason not to. Not helpful when the government is following a suppression policy and has dumped ‘elimination’.

She blindsided Air New Zealand with this comment - as far as management of the national airline were aware it’s full steam ahead on re-opening rom 17 January. Imagine trying to run an airline with messaging like this.

And sowing any doubt leaves people like me, still sitting in Queensland (very happily) who are booked to fly home on 18 January (with a house to pack up and vacate in Auckland by 27 January) suddenly feeling awfully nervous again that she will back flip.

I am confident however the political pressure on her was, and remains, so great to get on with re-opening and truly living with this virus now that over 90% of those aged over 12 have chosen to be vaccinated, that she wouldn’t dare not. Famous last words? I hope not.

It also appears that the Government intends to very tightly control the flow of in demand skills and labour into New Zealand at least over the short term. Hardly a day goes by when there isn’t another story about this occupation or that occupation being given a certain number of visas available to those that want to hire offshore.

The latest is Auditors (180 work visas available). Earlier this week it was IT professionals with 600 places. It looks like the Seafood Industry is about to get its own annual quota. We had visas announced for 300 Teachers announced earlier in the year. We have Heavy Equipment (farm) operators with a quota. Once again Halal slaughtermen are going to be allowed in but that is a really good example of how seemingly random this all is becoming - the industry wanted 45. The Government gave them 15. Even 45 in the scheme of things for an industry that employs thousands but which requires these skills to get meat into some critical export markets worth hundreds of millions of dollars seems if not petty, then ludicrous. In response the Meat Industry Association head called the Government out for being ‘tone deaf’ (and I couldn’t agree more).

I confess to some real concerns over this micro management and an introduction of what appears to be occupational quotas. That they seem to always be significantly lower than what industry says it needs to keep functioning is troubling. How this might feed into residence policy is anyone’s guess bearing in mind Government has said they intend resuming invitation to apply for residence in July 2022.

It strikes me as odd that Government decided for example to let in 600 IT workers when vacancies in the sector is currently running at 6000. Or 300 Teachers when we know we are 1000 short for 2022.

What is to be gained I know not. Except control. Tight control.

I appreciate in the migrant ‘space’ (as they like to call it) the government does not want to return to the numbers that we had previously on temporary work visas when over 5% of the workforce were on temporary visas meaning over 250,000 people in the country on work visas with many many chasing 25,000 residence places a year.

Equally IT exports are booming and expanding yet the government is denying it the capacity to maximise the opportunity.

And try explaining to 700 sets of parents that by only allowing in 300 teachers in the next short while their children will not have a Teacher standing up in front of them in six weeks time.

Madness on a grand scale.

I am hoping that what we are seeing is simply a response to limited places in the government Managed Isolation and Quarantine system - even though it is several thousand rooms each week - and not a move to start micro managing how many programmers or teachers or engineers are allowed to cross the border.

It seems ironic that just as the Australian Government is looking at dumping these occupational quotas (because they are artificial and dumb) and potentially moving toward a more NZ style of letting the labour market decide what skills are needed through forcing skilled migrants to secure skilled jobs, New Zealand is looking like adopting the Australian occupational quota model.

We are to some extent once again left wondering what the future really holds.

And speaking of summer holidays, IMMagine will be closed from mid day on 23 December and will fully re-open on 17 January. A skeleton staff will be back on deck on 10 January however.

We have all survived what is likely to be the craziest year in our lifetimes. The IMMagine team has done an amazing job looking after incredibly stressed clients during another years of upheaval and uncertainty and I want to publicly acknowledge their efforts. They are a great group of people. They now deserve a good break to refresh and recharge for the challenges of 2022, whatever they might be.

I remain quietly confident that 2022 will be better for anyone planning on migrating to NZ or Australia and you will be able to start planning with far greater certainty of timelines, even if the Prime Minister continues to send mixed messages. 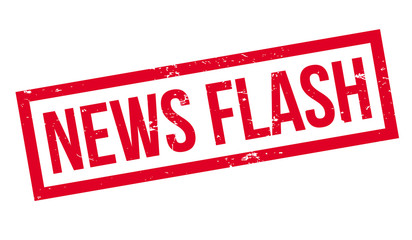 In a statement made at 1pm today our Covid response Minister, Chris Hipkins, announced New Zealand’s plan for opening up borders which, although it lacks a lot of detail does, at the very least, give us a rough plan to work with.

In short, it is going to look like this:

·         From 11.59pm on 16 January 2022, fully vaccinated New Zealanders and other eligible travellers can travel to New Zealand from Australia without staying in managed isolation or quarantine, Hipkins says.

·         From 11.59pm on 13 February, fully vaccinated New Zealanders and other eligible travellers can travel to New Zealand from all other countries.

·         From 30 April, fully vaccinated foreign travellers can travel to New Zealand. This will happen in a staged way.

The definition of what constitutes an “other eligible traveller” has yet to be seen and of course there will be a self-isolation and pre-departure testing process as well. Also it is important to note the reference to a staged opening for foreign travellers which is likely to consist of certain Visa types being allowed to come in, across different timelines, so I wouldn’t expect the gates to immediately open to all and sundry from 30 April 2022.

Despite the lack of specifics, what this does give us (and it is long overdue) is a clear signal that New Zealand is moving towards reconnecting with the world and the first half of 2022 is potentially set to bring about some pretty big opportunities for those looking to make the move here.