1.    Expedited processing of all Skilled Migrant resident visa applications sitting in the processing queue i.e. migrants who have been invited to apply and filed have their residence processed now without delay subject to local police clearance and evidence they are still working in skilled employment; and

2.    The government increased the points required to be selected from the skilled migrant pool to 180 (at least for a while); and

3.    The government increases ‘points’ for those people with jobs in New Zealand who have statutory registration (bonus 20 points), work in an occupation on the long-term skill shortage list (bonus 30 points instead of the current 10) or perhaps earn twice the national median salary (20 or 30 points?); and

4.    Require all skilled migrants to earn 1.5 times the national median income to be eligible under the category. That would mean around $84,000 pre-tax per annum.

5.    Provide a three year pathway to residence for everybody who was in New Zealand holding an Essential Skills Work Visa or Talent Visa when the border closed in March 2020. Make them provide evidence they have been employed for say two of the last three years.

On the first two points I have previously written that it makes sense for the government to simply fast track all applications sitting waiting to be processed and get rid of the processing backlog. Given most of these people will be on work visas this would demand little verification to quickly approve them as that verification should have been carried out at work visa stage.

Increase the points for those seeking selection in the pool to 180. There’s no doubt that will knock a lot of people out given most people believe(d) the pass mark would probably stay at 160 when selections resumed, as it was when when they filed their EOI. To assume the pass mark would always remain static is to make a false assumption – it is a “floating” pass mark and always has been. It can go up – or down.

When INZ accidently posted a new page recently on their ‘points calculator’ of an increase in points for those the government has been treating lately as being more “valuable” in terms of priority processing (those registered in New Zealand, those earning twice the median national income and adding occupations on the long-term skills shortage list) it wouldn’t be a big step. By increasing the points  any of these people sitting on 160 might get should increase them to 180 or 190 meaning they will be selected. I don’t know how many of the 11,500 EOIs (covering around 23,000 people) would meet the criteria but it would be safe to assume perhaps 40-50% or so. The question would be how many applicants could rearrange their lives to get more points e.g. moving out of Auckland to secure 30 more points for a job.

So what of the others left in the EOI pool? This is where the fourth thought comes in. Given that New Zealand is experiencing acute skill and labour shortages (and they are different in terms of how visas are issued) the government could preserve its aura of “kindness” (better late than never if you are an immigrant), and reward all those people sitting on Essential Skills Work Visas or similar and who have stuck by (or been stuck in) New Zealand through the pandemic.

That might be viewed as controversial but I would support it. After all, these people are in New Zealand, they have labour market tested work visas meaning the government was satisfied they did not take a job from a local, they have been paying their taxes, putting down roots and assimilating into local communities. Their neighbours are people like you and me. Even if that wasn’t good enough reason to let them stay, with the borders still largely closed until early 2022, it would be an act of national self interest. We have fruit rotting on trees because we don’t have people to pick it and at the other end of the scale we have engineering companies producing world-class products unable to expand their operations because they can’t bring staff across the border. We have, like it not, both a labour shortage and skill shortage and we cannot conjure up locals to fill these jobs out of thin air.

Furthermore I would argue that whatever infrastructure pressure NZ and particularly Auckland has been created by those who have stuck by New Zealand over the past 18 months, the pressure is in the past tense. Yes, making 100,000 people leave the country would certainly impact on house price affordability for those who stay and take a few cars off the road. I believe most strongly those people should not be a scapegoat for New Zealand’s lack of planning when it comes to infrastructure needs, population growth and immigration policy (mis)settings.

If the government wants to do this, then I expect most of those sitting in the skilled migrant pool but don’t have 180 points should be granted a pathway to residency because almost all of them are going to be on an Essential Skills Work visa or something similar. If the government said they were going to work their way through these people over, say, the next three years and they are given some degree of certainty that residency might not come quickly but it will come, I’d take that if I were among them.

The government could over the next couple of years clear the decks for the new immigration policy whatever that may look like. Some versions of the above – higher salaries required and higher points to be part of the programme might be just around the corner?

This could include an increase in the median salary required to be part of the skilled migrant program to, say, 1.5 times the national median. This will have no impact on people who are in New Zealand at the current time and sitting waiting to be processed if the other points above are rolled out but would have an impact on who may be able to be part of the residence program in future – but they can make their decision based on what they are likely to earn (among the other variables migrants must take into account).

Salary is a very blunt tool for assessing skill level but in the recent “dumbing down” of policy to the level some Immigration officers can handle I don’t think it’s going to go away as a tool any time soon. Many nurses and most teachers would never earn 1.5 times teh median salary  so might we now exclude them from the chance of residence because most could not reach the minimum salary threshold? Do I believe they would come to New Zealand for a short time on a Work Visa and then leave after 2-3 years? No. The truth is they woud pick other countries and wouldn’t come to New Zealand in the first place. Perhaps the government would consider an exemption on the salary criteria for those highly skilled but lower paid occupations that are in ongoing and acute demand?

Finally there is the ability of the department to process tens of thousands of cases over the next two or three years to consider. INZ simply cannot cope with large numbers of cases no matter what policies are in place. A very disturbing set of statistics released to us this week under the Official Information Act shows at the moment there is only 73 immigration officers who are processing skilled migrant Resident Visa applications. This is down from 83 in June. Although we don’t know their individual caseloads, what we do know is:

Those are incredibly low case per officer numbers – and it has been this way for months.

Any solution Government might decide to put in place to reduce backlogs, clear the decks and get INZ ready for whatever follows needs to ensure the bureaucracy has the numbers and the 'nous' to process whatever is coming their way. Right now they don’t.

I understand the Minister might be making some announcements soon on all this. I have no inside information from INZ on what might happen over the next few weeks or months but it is an attempt to pull together the various rumours and accidental releases from within the department itself to try and imagine what the immediate future holds for tens of thousands of people trying to work out if New Zealand (still) wants them.

Hey i am zohaib current nationality Pakistani but i have some reason that's why I am a refugee in Malaysia under UNHCR my life is tough here and UNHCR Also not support me i just seeking for help so if you have any way to get me out here i will be very happy thank you
Phone number+06146110382
Email address zohaibumer938@gmail.com

am qualified electrician with 10years experience

am qualified electrician with 10years experience 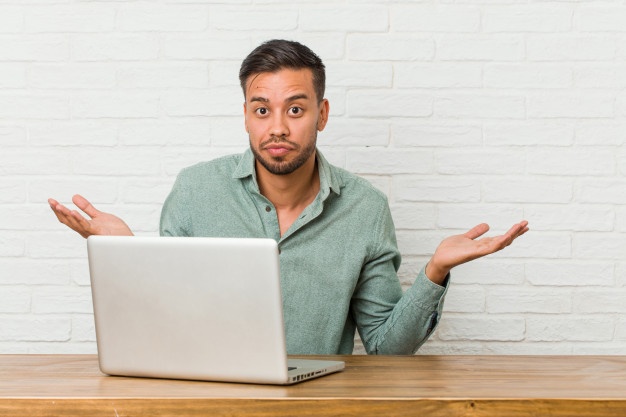