In these trying times of economic uncertainty deciding whether or not to use a competent immigration consultancy can be a difficult choice. Given there’s so much information available online on government websites and on social media the question is constantly asked ‘Are agents worth it?’...

In these trying times of economic uncertainty deciding whether or not to use a competent immigration consultancy can be a difficult choice. Given there’s so much information available online on government websites and on social media the question is constantly asked ‘Are agents worth it?’...

In these trying times of economic uncertainty deciding whether or not to use a competent immigration consultancy can be a difficult choice. Given there’s so much information available online on government websites and on social media the question is constantly asked ‘Are agents worth it?’

To which I would reply that given the majority of those that file Expressions of Interest in Residence of NZ or Australia themselves are declined, the answer is pretty obvious.

Let me give you an example of ‘value add’ and how having strong advocacy often makes a tremendous difference.

An Indian national came to NZ as an international student to do a Master’s programme with her partner. This was done knowing the Government encouraged international study as a pathway to residence by offering a two (now three) year open work visa once study was complete and a residence if they scored enough points. An added bonus was international students doing Master degrees have full-time work rights. The family was not our clients at that stage but did that all themselves.

When we met the client she had her NZ Masters degree, an ongoing and full-time job and had worked her way from managing one Auckland Subway store to managing two. This was at the time the government of the day was trying to purge the immigration system of tens of thousands of International students looking for residence. My advice to the client when she and her husband sought our advice was she ticked all the wrong boxes - on paper she looked to be a very good candidate for residence but she had a number of the ‘unspoken’ traits INZ would undoubtedly try and use against her - a former international student, a graduate job search visa, in a retail management role and working for a ‘fast food’ operation. It couldn’t be worse.

INZ likes to tell the world that the system is objective and every case is assessed on its merits. We have long known this to be untrue and there are plenty of unwritten rules. This was going to be a classic and I saw it coming so had the arguments ready.

Having carefully read her job description (for which INZ had granted a labour market tested work visa for ‘skilled employment’), grilling her on her tasks and daily responsibilities and then discussing all of this with her employer, we were satisfied the job she had was genuine (she’d been working there for around 18 months), was sustainable (the employer paid her salary on time and as per her employment contract) and the role was skilled (managerial expertise is the requirement).

In time INZ did exactly as I expected they would. They tried to argue the role was not skilled and was a ‘supervisor’ role. They were dead wrong.  Endless arguments based on the reality of the role fell on deaf ears and was all the proof I ever needed that their mantra of ‘each case on its merits’ is to put it bluntly, a lie. They pre-determined the outcome and tried to make the facts fit that conclusion.

Ultimately, the client was declined.

However, around that time the Government changed the definition of what constituted ‘skilled employment in NZ’ from one based on an assessment of tasks to one based on the ‘effective hourly rate’ the applicant was paid. I saw an opening. This client was earning less than that effective hourly rate when we filed the resident visa. I explained to her boss that if he gave her a pay rise to the minimum effective hourly rate this satisfied a clearly ‘black and white’ criteria and INZ would have to deem it skilled. The employer agreed and we presented a new application with this new salary meeting INZ’s new definition of skilled.

To my surprise INZ accused the applicant of being a ‘risk to the integrity of the immigration system’. Once I picked myself up off the floor, I asked them to explain the logic. They said the client was only given the new salary to meet the criteria of skilled employment.  That is correct I advised INZ, the employer does not want to lose her but this is your rule INZ and the employer is simply structuring his employment relationship so his employee met that rule. Simple, moral, logical and above all, legal.

INZ continued to argue, disingenuously, that the job offer could not have been ‘genuine’ because of the ‘sudden’ pay rise (is there any other sort of pay rise?). I rebutted that the client had by then been working for the employer for two years so how could the job not be genuine? And yes, the ‘sudden’ pay rise was designed so this employer could keep this highly skilled and educated migrant. The employer was simply playing by INZ’s rules.

I argued with INZ that when the pass mark was raised to 160 points in October 2016 I told any number of clients working in Auckland they needed to change jobs and move outside of Auckland to get the additional 30 points available; others that their partner needed to get a job to add 20 points to their overall claim, others to up-skill and get higher qualifications while in NZ to ensure they had a higher points score. I advised clients to reduce their hours to increase their effective hourly rate. I have told plenty more to give back the company car and get paid a higher salary in lieu and to provide their own vehicle and to forgo commissions and get salary instead. To do so is not dodgy and is certainly perfectly legal representing very good immigration advice. We don’t make the rules I tell everyone but we will tell people how to structure their lives and their visa applications to make sure they meet them.

I had never had INZ argue that any of those clients who had structured their lives to benefit from immigration criteria were a ‘risk to the integrity of the immigration system’. I pointed out to those higher up the food chain inside INZ that it is a bit like tax law - tax evasion is illegal; tax avoidance is not.

Surely an immigrant is entitled to structure their lives so as to maximise the points they can claim to ensure they secure residence? And if they can’t, against which criteria can’t they?

Eventually INZ backed off and approved the client’s residence but what a battle.

A rational person might think INZ would learn from this sort of thing but they don’t. You can imagine our surprise when a few weeks ago another client was also accused of being a threat to the integrity of the immigration system for precisely the same reason - a ‘sudden’ pay rise which made his job skilled by definition. This client had also been working for the company for a long time. As we had done previously we advised INZ that any employer can pay anything they like so long as it is over a statutory minimum and represents ‘market rates’. All designed to protect migrants from exploitation and being paid too little - we weren’t aware the government was concerned about migrants being paid too much.

We won that case as well.

Two years after I thought we had helped INZ management understand that if you define skilled employment by what people are paid there will be many who will get pay rises to ensure they stay in the country, that migrants will change jobs or their circumstances to improve their chances of staying and in doing so they do not commit a federal crime. To try and frame this as some sort of ‘risk to the integrity of the system’ is aberrant nonsense and shows the system up for what it really is.

With the right Adviser controlling the flow of information to the bureaucracy and keeping these officers applying the rules as they should be applied, is the essence of how we add so much value, every day.

In a wonderful ending to this story I am over the moon to advise that our ‘pin up family’ for families split by the border and an uncaring Government, who I wrote an article for stuff.co.nz recently, was last night approved residence. The client’s husband and ten-year-old daughter (not hugged for over 420 days by her mum) will be flying to NZ Sunday to start their two weeks of managed isolation and their new lives. At last for them the nightmare ends, not because of INZ or the Government or iNZ but in spite of them. The client had some very nice words for the team at IMMagine.

To Iain, Myer, and especially Paul, we believe we have the best team on our side to make our hopes realize. You are worth every rand and cent we are spending. 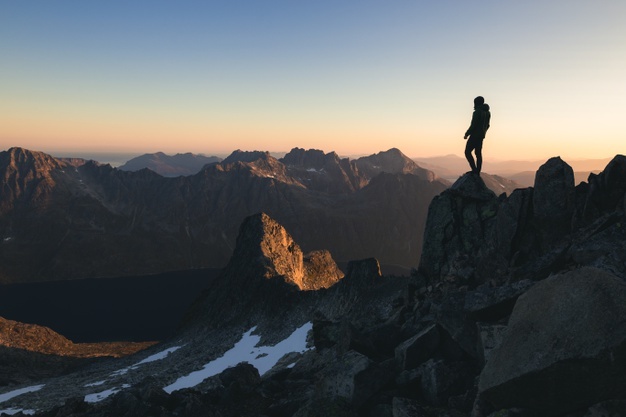