Auckland is running out of teachers and if you believe the noises coming out of many Principals, now might be the best time, ever, to consider New Zealand if you are a degree qualified teacher with excellent English. Vacancies are now running at a record high of 287 today for ...

Auckland is running out of teachers and if you believe the noises coming out of many Principals, now might be the best time, ever, to consider New Zealand if you are a degree qualified teacher with excellent English. Vacancies are now running at a record high of 287 today for ...

Auckland is running out of teachers and if you believe the noises coming out of many Principals, now might be the best time, ever, to consider New Zealand if you are a degree qualified teacher with excellent English.

Vacancies are now running at a record high of 287 today for primary level. I am not sure what it is at High school but I’d be surprised if it was much lower.

What is driving the shortage?

In the state education system teachers are paid based on their qualifications and there is no account taken of the significant differences in the cost of living between Auckland and the rest of the country.

Only this week local Principals were calling on the new Government to urgently state their position on the previous Government’s promise to offer a $7000 grant to teachers moving to New Zealand from overseas and a $17,500 bonus to any teacher that sticks in an Auckland post for three years.

The new government simply says it expects to announce a ‘package of measures’ before Christmas. Unfortunately, if the schools don’t have teachers in place now for first term 2018 Christmas for many it will be too late. Class sizes may increase in some primary schools to more than 30 children which no one believes is acceptable.

Typically, those in charge show a bias toward teachers from the UK and INZ is teaming up with the Ministry of Education to target those teachers from there that have expressed an interest in a move to NZ.

NZQA and the Education Council are also looking to fast track the registration process but again show their bias toward teachers from the UK, Ireland, Canada and Fiji.

I can never understand what South Africa, Singapore and the rest of the English speaking world did wrong to be constantly ignored in these recruitment drives. If the recent experience of the NZ Police in encouraging British Bobbies to move to New Zealand is any measure, the authorities should be careful where they go looking.

Many of several hundred policeman who were encouraged to come over to fill vacancies never settled and many packed up and went home. Last week the Police Association all but labelled the effort a dismal failure. The Brits couldn’t hack it in many instances. Having been promised ‘lifestyle and climate’ many weren’t ready to face what can at times be serious crime or lonely existences out in the regions. The fact is for Brits New Zealand tends to be a lifestyle choice and if things get a bit tough they can just jump on a plane and head home.

You’ll find the South African teachers stick it out – they have to – home doesn’t want them back. Singaporean teachers are generally very well suited to the classroom in New Zealand although they too can be a bit quick to head home if things get a bit tough.

Teachers used to Singaporean teaching methods can sometimes struggle in New Zealand initially but the more broad minded among them do very well.

Surely, we want teachers that can represent the increasingly diverse New Zealand that we find ourselves in? Why this constant focus on British teachers escapes me. We aren’t a colony any more!

I am really happy that at least one Auckland school has offered a client of ours who hails from the Democratic Republic of the Congo a job – he will be a fine addition to the school team. He comes to New Zealand via South Africa, is fluent in English and hasn’t put his hand out for any assistance from the Government. He turned down a job outside of Auckland when the school was too slow to provide us with the information required for his work visa. We have another client from Singapore doing very well having been offered a maths teacher role sight unseen.

We have more South African teachers on their way.

Solving the acute shortage of teachers will require the bureaucrats to expand their cultural horizons a bit if they aren’t to have a lot of classes in 2018 without a teacher standing up in front of them.

A week in South Africa and most schools could fill every vacancy they have got with fluent English speaking, culturally compatible (as compatible as any Brit)  and highly motivated educators itching for to get out of South Africa by Christmas...

My wife and I submitted an EOI about 7 years ago when primary teachers were on the skills shortage list, we received an invitation to apply which we proceeded to do via the Shanghai INZ office, however after waiting over a year, obtaining registration with the NZ Teahers Council, being asked to submit other information etc, we eventually received a letter to say that primary teachers had been removed from the skills shortage list and we no longer had enough points. The fact that my wife was also qualified to teach early learning stage was not accepted even though that category was on the skills list. Now that primary teachers are back on the skills shortage, we are too old to qualify having continued working in the United Arab Emirates for 10 years in primary education with a British Curriculum. There is something quite flawed with this whole cumbersome process.

Nov. 25, 2017, 3:48 a.m. by Iain MacLeod
Dear Brett I am really sorry to hear about your experience. I need to add however that something doesn't quite add up about your story. If you had been invited to apply and the occupation of Primary Teacher was removed after you filed your resident visa, I can assure you that you were still entitled to the points you claimed for it. not sure if you ever filed an appeal or you gave up as so many do. I can confirm that the rules are frozen the second INZ receipts the application fee. In some cases it even precedes that in order to ensure fairness and provide a degree of certainty and predictability. An appeal would almost certainly have been successful I don't exclude the possibility that INZ made an error - they are notorious for not knowing the rules. Iain
Reply to this comment 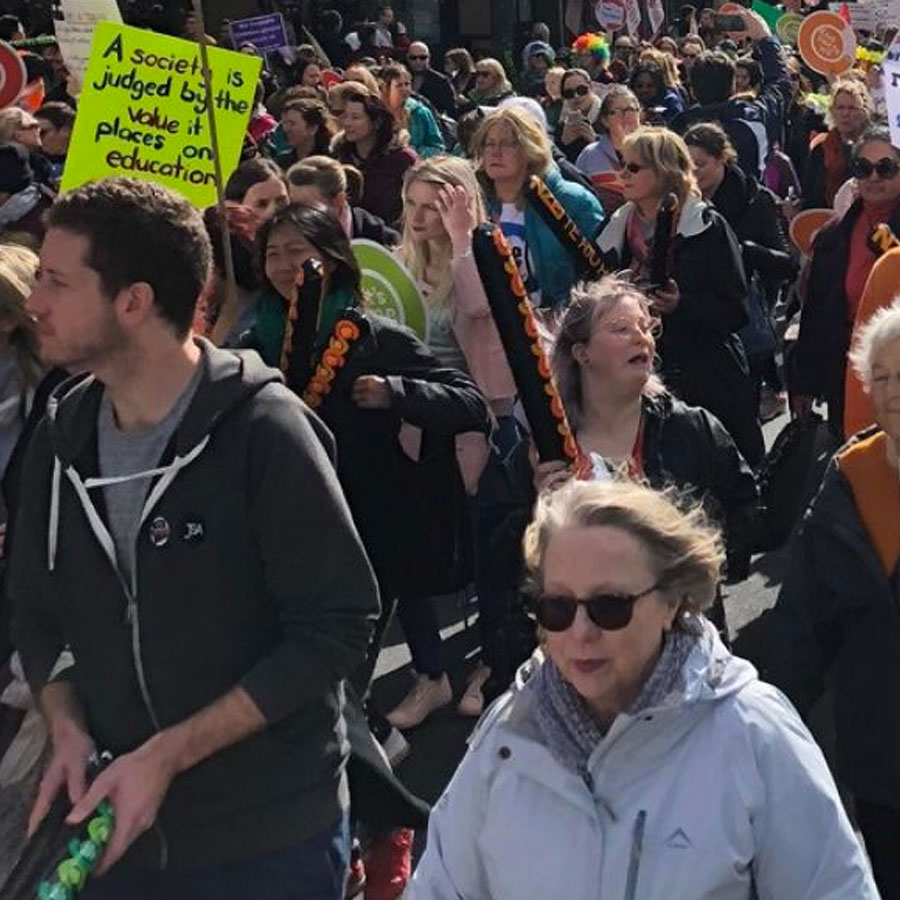