If you use water to generate electricity you build a dam. You release enough water into the turbines so that you create enough energy to power your economy. Not too much, not too little. The New Zealand skilled migrant programme adopts a similar process...

If you use water to generate electricity you build a dam. You release enough water into the turbines so that you create enough energy to power your economy. Not too much, not too little. The New Zealand skilled migrant programme adopts a similar process...

If you use water to generate electricity you build a dam. You release enough water into the turbines so that you create enough energy to power your economy. Not too much water, not too little.

The New Zealand skilled migrant programme adopts a similar process - expressions of interest in, residence visas out and labour market shortages filled. Not too many immigrants that might overwhelm the ability of the country to absorb them (think infrastructure overload, not enough houses, classrooms or hospital beds) and not too few (think Engineers to build the infrastructure, teachers to work in those classrooms and nurses to tend those in the beds).

In New Zealand we have created a ‘pool’ of those who wish to be part of our residency program by filing electronic forms called expressions of interest (EOI). Government created criteria and assigns points so that those interested can be ‘ranked’ based on some (economic) value proposition.  The primary weighting goes to three criteria - qualifications, work experience and having a skilled job in New Zealand.

The idea is to ensure that INZ only selects enough EOIs that their downstream processing capacity is not overwhelmed (the turbines don't spin out of control, crack and break) and at the same time ensure that they will not run out of work (don’t run out of electricity).

So what happens when it keeps raining, but you've reduced the water flowing out of the dam into the turbines to a mere trickle and the water piles up behnd the dam?  The risk is it will overflow or, worse, collapse under its own weight.

It is my opinion the skilled migrant 'dam' is close to collapse.

The New Zealand government must surely be wrestling right now with what to do with the ever increasing pessure of numbers in the skilled mirant pool. The number of EOIs in the  pool is now around 10,000 (it was 7,000 in March 2020). That represents somewhere between 21,000 and 23,000 people.

In November this year another deluge will hit that dam when 3000-4000 resident visa applications begin flowing into the system from those currently on Talent (Work) visas who rushed to beat the minimum salary threshold increase of November 2019 from $55,000 to $79,560. Those 3000-4000 applications represent something like 6,000 - 10,000 people (and will form part of the annual quota/target of skilled migrants of 25,000).

It means by Christmas there will be roughly 25,000 'points' based applicants sitting in the pool or who will file their 'residence from work' applications expecting their residence to be processed.

At the same time those that were seleted and invited to file their resident visa applications before March 2020 wait for 24 months to be allocated and processed.

Government is staring at the prospect then of people they invited to be part of their residence programme waiting three plus years to have their skilled migrant case processed. INZ used to defend slow processing times by pointing out it was 'still faster' than Canada or Australia. Not so much of late.

Clearly the dam is dangerously close to overflowing and there’s a huge rainstorm on the horizon.

We are asked on a daily basis when we think the government might resume selecting EOIs. Short answer is they haven’t told me or anyone else and if they have a plan, and I am willing to bet my house they don’t, this government isn’t sharing anything that offers any sort of guidance, let alone certainty, to the market.

I’d have thought given so few people can file resident visas (no invitations have been issued since March 2020) that INZ would have started to run out of ‘points’ based resident visa applications around now. What none of us expected a few months ago was that INZ would start allocating roughly one new case per officer per week. It used to be around five…. Why? Intellectual capacity - I have been told by those who should know it is because that’s all these new officers can cope with such is their inexperience and lack of knowledge. Chilling, but it rings true - the quality of the decision making we see on a daily basis goes from bad to worse. They can’t cope with higher caseloads. The difficulty facing INZ in recruiting suitable case officers mirrors the difficulty facing many employers in New Zealand in finding skilled staff.

I am pretty certain not selecting EOIs now isn’t because the Government has told INZ to ‘go slow’ as some in the marketplace are suggesting. It’s more shocking than that. This is as fast as they are capable of working. That isn’t going to change any time soon.

As I see it the Government has fewer and fewer options.

Government deflects from their own inaction by saying ‘demand is driving up the pool numbers' and they can’t stop it. Actually they can protect the dam from more rain. Demand is not greater today, it has been falling since the miute they closed the border.

They could, at the stoke of a pen, prevent further EOI lodgements and if they do not plan on selecting any for a few more months yet, morally they should. How can they justify since March 2020 encouraging people to file EOIs and taking millions of dollars in the process, if they have no intention of resuming selections any time soon?

If I did that I’d lose my license. For fraud.

To be fair I imagine government expected INZ to have cleared their processing backlog by now but they didn’t factor in the inability of INZ to throw a good party in a brewery.

If Government did move to temporarily stop letting anyone file an EOI the market will interpret that as NZ being closed to migrants. A dangerous game to play in a world competing for the same skills sets.

I think the real proof that the government has no idea of what they are doing with immigration and has no plan is that three weeks after announcing a so called ‘immigration reset’, an announcement widely criticised as providing no detail, beyond making it ‘harder’ for those at the lower skilled end of the spectrum to secure work visas, the government’s first action following that announcement was to offer a six month blanket extension to all those here on holiday working visas and short term seasonal work visas - these are the very waiters, the housekeepers in hotels, the fruit pickers - the so called ’low skilled’ people they said they don’t want any more!

There is no way the Government does not need the skilled migrants sitting in that pool and they know it. With closed borders virtually all of those in that pool are already in New Zealand, working and contributing their skills to the economy.

As I see it the government has few options:

1. Honor the process, select all of those on 160 points and drip feed their invitations to apply for residency across maybe one year. Give them all work visas without application or cost until the government makes a decision on their residence. Consider putting the pass mark up temporarily after all those currently in the pool have been selected to discourage applications for a while and to manage the capacity of this inefficient bureaucracy.  It would be the honourable thing to do. Dare I say the kind thing to do?

2. Push the pass mark up to say 180 and you would probably find 20-30% of those would not be selected. It would send a signal to the market that the standard is higher at least for a while and fewer people would file EOIs and in time that should enable the pass mark to fall back to some sort of equilirium. Push the pass mark up to say 220 and would probably flush out 80%-90% of those in the pool. I think this is less likely - there'd be blood in the streets if they tried and rightly so.

3. Set the pass mark at 250 and drain the pool completely but they'd spark a riot. Technically they could do it because an expression of interest is simply that, it's not a gaurantee of an invitation and those in the pool have no legal nor appeal rights. I do not imagine for milli-second the government would act in such an underhand and dishonorable manner. But there's nothing stopping them legally. Government would have to accept it'd be the end of the line for New Zealand as a migrant destination of the highly skilled. We'd be out of the global market.

What you have read online about migrants feeling unwelcome might be what the Government wants them to think but behind closed doors the politicians recognise we need every single one of those people sitting in the pool and those waiting patiently for two years thereafter for their residence cases to be processed.

Whatever their motivation they have a decision to make on that pool and every week that passes the problem gets worse.

The water is now lapping at the top of the dam. The cracks are widening. The pressure on that dam wall is mounting.

Ignoring it will not solve the problem.

This is really helpful and I'll like to part of this great opportunity to live abroad.

I would like to migrate and live in New Zealand.

I would like to migrate and live in New Zealand.

Thank you for this balanced article. I wanted to send an EOI as a Biomedical Scientist, but it seems that I have to change my mind about immigrating to New Zealand since I wouldn't want to be in the pool for a long time, after paying, without any idea of when selection will commence. Some people in that pool may have changed their minds and immigrate to other countries.

My understanding was that the slow rate of processing applications was due to the NZRP limitations, and that they were actually bang on track when judged against that metric. Is the case officer inexperience really the main culprit then, as you said?

I can only share what I’ve been told and my research suggests Sean. As I’m sure you well know, there is no official NZRP and hasn’t been since the last one expired in December 2019. Yes INZ has been told to act as if there is one, based around the 25,000 visa number I quote in the piece and yes it’s also my understanding that a few months ago INZ was on track to deliver around that number. It’s hard to see how they can achieve that now. Allocation timelines continue to slow meaning cases are sitting in the backlog queue longer. And at one case per officer per week the math doesn’t add up any longer.

But we shall see.

We all have this concerns. I'm sure this is not a blind spot to the authority. 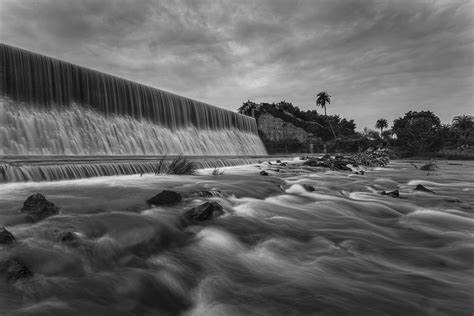