After 102 days of no community transmission what appears to be a border lapse saw the re-emergence of Covid-19 in the community a few weeks ago in New Zealand. Limited to Auckland and the Waikato city of Tokoroa, Auckland was put into level three lockdown around three weeks ago once again restricting work and movement. For the first time we had road blocks in and out of Auckland (a nightmare for workers and probably just as bad for the police and army – suffice it to say it didn’t work very well). That basically meant working from home where possible and restaurants, cafes and schools were closed.

That changed at midnight on Monday this week when Auckland joined the rest of the country in level two which basically meant everything was open but social distancing, regular hand washing and mandatory facemasks on public transport (and recommended when leaving home), saw some relaxation and return to “normality".

New Zealanders, and most Aucklanders, are a stoic and now it seems clear, a fairly compliant lot. Earlier in the year the entire country was locked down for seven long (and for a time, relaxing) weeks. It was pleasantly surprising how few transgressions there were.

The Government claimed it could, through its ‘kind’ management and oversight keep New Zealanders safe from community transmission if we just followed its directives.

Well we did, we took the economic hit Covid is back among us…

The economic damage has been serious and although unemployment continues to be a pleasing 4% (unofficially 5%), underpinned largely by the Government’s wage subsidy and the printing of billions upon billions of dollars, there’s no doubt in my mind that keeping Auckland locked down for any longer than two and half weeks, was always going to be the biggest political challenge facing the Government, only seven weeks out from the election (moved from September to October). And costly – another billion dollars in lost economic activity every two weeks Auckland is closed.

Although most epidemiologists called for another week or two in lockdown given we still have small cases popping up regularly in Auckland I don’t think the government, until now hellbent on some heroic cause to eliminate the virus from the community, could risk the political fallout of continuing to choke economic activity in Auckland, the nation’s engine room.

I think in some respects that while they’ll never admit it, they have got ‘real’ and realised virtually no country apart from Taiwan and Thailand has successfully suppressed the virus and prevented its re-emergence after widespread lockdowns.

So now we get to see what happens.

Each day anything from two to five new cases appear, thankfully and so far all linked to one another (making them somewhat easier to trace and isolate). The pleasing aspect is the Government rolled out an effective testing programme with over 100,000 tests being completed in the past three weeks.

They say the disease is ‘contained’.

Epidemiologists are not so sure.

With everyone back at work and moving around already the signs of social distancing is being largely ignored. Schools are back. Movie theatres, cafes, bars and restaurants are open but limited in the numbers allowed in. Large gatherings (apart from funerals) have been banned in Auckland but Aucklanders are now free to travel around the country. This concerns many outside of the region.

I suspect we will see a small spike in cases but this will be the true test of how well the Government, caught short back in March, has learned and prepared over the past five months. Like many people, I always thought elimination or eradicating the virus would be next to impossible long term - too many people are arriving here from overseas with it. I really do question why we continue to let people in from countries awash with this disease like India - surely a negative test within a few days of travelling should be a prerequisite for travelling (and yes I realise people can still pick it up along the way especially whilst in transit).

The question now is can we learn to live with it and contain it sufficiently so that there’s never more than a few hundred people self isolating or in managed quarantine (those found to be positive are shipped off into quarantine hotels) and keep the rest of the economy moving?

Having spent $36 billion in four months on fiscal stimulus the economic wheels are definitely still turning. Many exporters, particularly of primary products and wine(!) are doing really well. Among the service and manufacturing sectors the nervousness is palpable. The economy sprung back after the first lockdown ended and while the Government is at pains to reassure us that we won’t ‘need’ to lockdown to level 3 again, because they have systems in place, I can’t help thinking that is wishful thinking. I am starting to think that economics now has its nose ahead of health.

I think it is also fair to say patience has run out with the legions of bureaucrats across multiple Ministries, who let’s face it, at the best of times couldn’t organise a good knees up in a brewery. A group of highly regarded and talented business and IT professionals have designed a blue tooth ‘CovidCard’ that would be warn like a lanyard around the neck. The idea being no need to scan QRC codes and no need for a cellphone when you enter any premises. The CovidCard would record (privately) which other cards you came within a few metres of, allowing for quick and easy tracing in the event someone you came into contact with so if someone you’d had a close contact with turned out to be positive you could scuttle off and get yourself a test. The Government has been trying to get us all to use their Covid phone app and to scan QR codes. They haven’t been successful overseas and are only being used some of the time by some people here.

These bright things from the private sector have walked away this past week citing ‘useless’ bureaucrats with their own agendas operating inside the Ministry of health (among others).

I look with some envy across the Tasman where the Australian government is talking about tax cuts to stimulate a private sector led recovery. Here it seems the left wingers in Government think they have all the answers and their thousands of bureaucrats will lead us back to where we were pre-Covid. It seems to me the Labour Party want us to marry them, to honour and obey till the polls do us part.

Looks to me like we will be more like Queensland or New South Wales in future - inevitable outbreaks given no border that has any overseas travelers crossing it today is going to be 100% secure - but dealing with the outbreaks quickly and effectively, allowing the significant majority of wealth generators to keep doing what they do so well. While the bureaucrats bungle away behind the scenes but with their hands on the tiller.

Our smug complacency having reached that 102 day ‘no community transmission’ milestone has been well and truly shattered but for now anyway Aucklanders have done the right thing and got this beast under control again. The cost of $500 million a week though is simply too high to be ignored.

Now we face the next chapter of this battle and the true test of the Government’s strategy to contain, suppress and try and eliminate the virus.

So far, a guarded, so good. We cannot and I am sure will not tolerate any more lockdowns.

I don't know why are not there any available options to me, is it beacaus covid-19?
Or no options actually exists!!
Please answer. 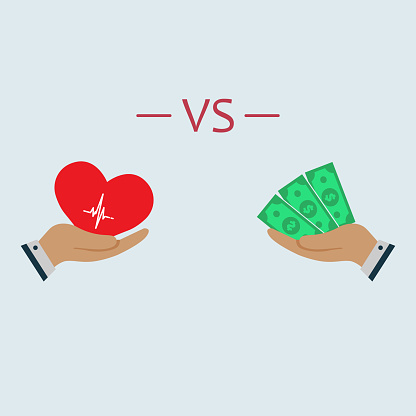