If you see someone drowning do you offer them words of encouragement to keep swimming or do you throw them a large floaty thing with a rope and pull them to safety?

If you see someone drowning do you offer them words of encouragement to keep swimming or do you throw them a large floaty thing with a rope and pull them to safety?

If you see someone drowning do you offer them hearty cheer and words of encouragement to keep swimming or do you throw them a large floaty thing with a rope and pull them to safety?

This week the opposition National Party decided to throw a safety line to the immigration department which is rapidly going under.

I’m fully supportive of the policy released by the opposition which is a not so subtle throwing down of the ‘kindness gauntlet’ to our ‘kind’ government to finally do the right thing, clear the immigration decks, reward all those migrants in NZ who have stuck with us since the pandemic began and provide certainty to their employers.

I was asked by Erica Stanford, the party’s spokesperson for my input and naturally I wasn’t short of advice.

I confess I was very pleasantly surprised in the lead up to their announcement that they wanted to extend sorting out the mess to everyone in the country when the border closed and who hold Essential Skill Work Visas, irrespective of skill level.

I made two suggestions on the proposal to pull into the plan those that don’t currently have any long term residence pathway:

1. Provide a three year extension to their work visa and a guarantee they will be granted residence if they remain out of trouble and work for at least an aggregate two of the three years (bearing in mind there’s many reasons - child birth for example - that might cause someone to briefly stop paid work).

2. Uncouple essential skills work visas from specific employers. One of the clear risks these processing backlogs has created is tying work visas to specific employers. It is heightened especially for those at the lower end of the (allowed) income spectrum increasing the chances migrants will be exploited by a small number of bad faith employers because the employer knows the work visa holder is often effectively beholden to them.

I’m pleased to see the Nats have run with these two recommendations.

I was also asked how INZ might expedite those highly skilled applicants who have been invited to apply for residence and/or have filed applications and eliminate the backlog within a few months.

1. All those sitting in the so called ‘managed queue’ have their current employment against relevant rules verified. That would mean IRD summary of earnings for the past three months, checking of applicant bank statements and a phone call to the employer confirming the applicant is still working. Would take all of thirty minutes per application.

2. A local police check to ensure the applicant has not committed any serious crimes since arriving in the country. Bearing in mind to hold a 24 plus month work visa the government must have been satisfied the applicant was already of good character. This would take a few months given the Police would be required to do a lot more in less time than usual.

I was heartened to see those two key recommendations made it into the proposed policy.

What of the 4,000 to 5,000 Talent and Long Term Skills Shortage (LTSSL) visa holders (representing perhaps 10,000 peole once partners and children are included) who are queuing up to file their resident visa applications toward the end of this year and early next or who have already filed their residence applications and are waiting (for the majority) over two years to be processed?

For those who have already filed their residence application and are sitting the processing backlog the same as above - proof of work and local police check. To secure the Talent or LTSSL work visas the health standard they get for their temporary visa was the residence visa standard.

For those who will file after October when there’s several thousand eligible to file:

2. Local police check for the same reason as above

3. Verification they’ve worked the required 24 months so that would include checking employment against relevant/current rules.  IRD summary of earnings for the past two years, checking of applicant bank statements and a phone call to the employer confirming the applicant is still working.

And finally, what of the 10,000 Expressions of Interest languishing in the ‘pool’ since selections were suspended in March 2020? These are the people I worry about most. These people rightly fear the current government could simply cut them all loose.

I recommended immediately selecting all those who claimed 160 points and if that claim upon examination looks credible they be invited to apply for residence. Normal, as in current, rules would apply. We know from history roughly 90% of EOI claimants are found to have a credible claim following selection which means roughly 9,000 applications would hit the processing stage within a few months. Not all will be approved because ultimately their points claim, while genuine, is not supported by the evidence they can produce.

By the time this group entered the processing system INZ should have cleared the backlog of 10,000 or so applications covered by the first group and be well advanced expediting the second.

Priority through the end of 2021 and early part of 2022 would go to the second group, those applying for residence from work. The rest of 2022 would be focused on those currently sitting in the pool.

I would close the category to any new applications for 6 months, It would be temporary (really temporary not  ‘I am waiting on advice from officials before restarting selections’ temporary) and a cast iron commitment  to not prolonging it.

This would truly be an immigration reset.

It would buy any government precious time to develop new policies for our new Covid based, border restricted world (and here at IMMagine we’ve got some really good ideas how that might look).

It allows the bureaucrats to clear their decks over the next 18 months so that when we see greater international travel through 2022 and beyond they are ready.

The one fly in the ointment, apart from the fact the National Party is not the government(!) is the intellectual capability of INZ to deliver this. At the end of June, the latest period we have been given staff numbers for, there were 83 officers employed to work on the residence backlog. In the past two weeks only 191 residence applications were allocated for processing. INZ management simply can’t give them more cases, not because they have high caseloads (the average as best I can tell is between 25 and 30 which is a third of what my crew have) but because there’s not enough experience or institutional knowledge to deal with more. And staff continue to leave in worrying numbers.

My plan if adopted would allow these officers to cut through the work, not endlessly repeat checks (like health and work history) that is a box ticked at previous work visa stage for example and get on and clear the residence backlog.

What Erica Stanford has come up with is big, bold, pragmatic and above all, kind. It represents no threat to the integrity of the immigration system, the security or health of New Zealanders.

There’s no risk to New Zealand, there’s no greater pressure on housing or infrastructure that doesn’t exist today because those who would be approved are already here. We take on no more cost or risk than exists presently.

It is going to be interesting to see how the real Government responds to National’s politically brave proposal. To date they’ve simply announced a reset (by a stand in Minister) devoid of any actual policy or delivery timeline.

I am confident my plan works and benefits everyone - the processing headache goes away for the bureaucrats, we reward all those migrants in the country filling jobs we could not and who did not abandon us when the borders closed and arguably most importantly thousands of local employers have the certainty they need to get through this Covid crisis and can focus on creating even more jobs and wealth for the country.

Hi Iain-
It's heartening to hear that you are actively involved in this plan.
However I don't see Labour ever adopting it. They can't even get a NZRP together, and their inaction on all of the hot-button issues is testament to their deep-set anti-immigrant beliefs and practices. So is the only hope waiting until the next election?

What is happening to the parents in the queue waiting for selection in the sponsored group? We have lodged and paid more than two years ago but no replies yet.

It’s great to see the commitment in NZ. I wish the same could be done in Australia. The current backlog and delays with the 887 is ridiculous.. I have been waiting for 14months for approval and still no end in sight. Perhaps Immagine could do a blog or put some pressure for their Australian customers instead of constantly concentrating on NZ

Aug. 7, 2021, 1:12 p.m. by Iain MacLeod
Although it isn’t a race to the processing bottom (despite it feeling like it sometimes) we aren’t experiencing the same residence processing delays for clients in Australia as New Zealand - not even close. And the commitment to getting something done about the NZ problem is mine and now the opposition National Party - the actual NZ government is doing nothing. Iain
Reply to this comment
Aug. 7, 2021, 2:09 p.m. by Agnieszka

Hi , I was reading your article and it just hit me … “ticking boxes” (?) from interview few days ago with minister of immigration. He was talking about that a lot.
Is there some connection ?
I wonder ????

Skill category could apply for residency only with job offer ( plus other documents) without any time restrictions ( you could wait one year to have extra points ).
Talent NEEDs to work for 24 months before applying … now there is ( probably) more 24 month waiting time for residency approval .
That’s not make any sense.
It’s so hard to keep up with all of this.

I want to know what’s your input for the dependents of stuck applicants in the resident visa queue. These people are unfairly treated, no work, no school, nothing.
Waste of time.

And by the way, have you heard anything about the high court presentation against INZ?

I find this current government inhumane so much for being “kind” . Leads me to believe they are anti immigration. Surely setting up NZ to fail in to some degree.

Thank you for this update and everything currently being done by some people who really have the good will of the migrants at heart. 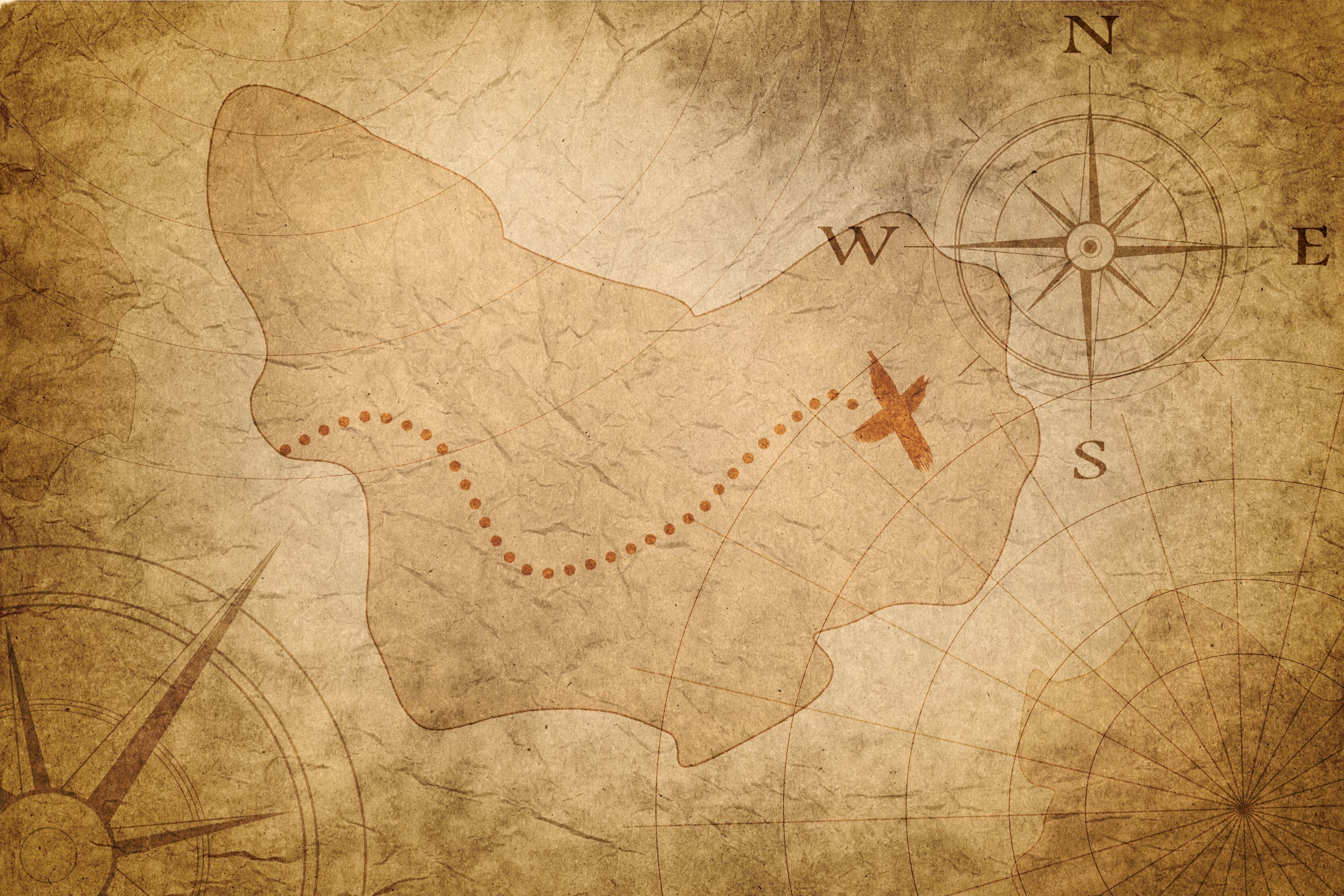