I have no intention of this blog becoming a weekly whine about dealing with the Immigration Department. I do appreciate that their inefficiency, inconsistency and often downright stupidity creates a lot of very rewarding work for my team and I. Many in my industry live by the mantra that ‘change ...

I have no intention of this blog becoming a weekly whine about dealing with the Immigration Department. I do appreciate that their inefficiency, inconsistency and often downright stupidity creates a lot of very rewarding work for my team and I. Many in my industry live by the mantra that ‘change ...

I have no intention of this blog becoming a weekly whine about dealing with the Immigration Department. I do appreciate that their inefficiency, inconsistency and often downright stupidity creates a lot of very rewarding work for my team and me.

Many in my industry live by the mantra that ‘change is good and chaos is better’, but I can only take so much of it.

Take the recent workshops put on by the Immigration Department to try and teach the private sector how to prepare "decision ready" visa applications. Against my better judgement, I sent a few of my team along to get an insight not only into how the immigration department thinks but also how the knowledge of my team compares with a lot of the ‘competition’.

There was also the chance, of course, they might learn a thing or two but by and large they all said it was a complete waste of time; an out of control ‘circus’ where the Department officials were unable to answer anything more than very rudimentary questions and it descended into chaos and the inevitable arguments about individual cases which all attendees had been warned by INZ management not to bring to the meeting.

Handouts were given which detailed what documents the department expected to see for, among other things, work visas to be "decision ready” at the time of lodgement. All that this confirmed was everything that is submitted by my company, barring medical abnormalities, are cases which subject to verification can be allocated for processing and approved very quickly.

This is increasingly critical because the department is quoting 15 working days to allocate "decision ready" applications and 60 days for those that are not. There is clearly a very strong incentive to get it right first time.

Being able to file decision ready applications then is increasingly important and something my company has a proud track record of presenting.

Being able to hold the department to their own expected service standards is critical so they can be held to account themselves.

There is one very interesting criteria which is demanded of the employer of work Visa applicants that I'm still awaiting clarification on.

That is that the employer must be able to demonstrate a "history of compliance with employment and immigration law" and that they are not on the Immigration Department’s "Non-Compliant Employer List."

The second of those criteria is very easy for the department to check as they keep the list. This is a list of those employers that have been found to have transgressed immigration and/or employment law and are in effect blacklisted for a period of time from offering jobs to immigrants.

The first however requires most employers to prove a negative.

How can you prove that you are compliant with the law when there will only be a public record if you have not been? There is no such thing in New Zealand as a "Compliant Employer List”. The only records that are kept will be against companies or businesses found to have transgressed the law - with, for example, the Employment Tribunal. There is therefore no way of demonstrating at the time of work visa is filed the employer has complied and has a history of compliance.

All onshore work visas are now being processed by Immigration New Zealand Christchurch Branch and under their watch we have gone, between December 2018 and January 2019, from processing times of around 3 to 4 weeks, to 3 to 4 months.

Initially they blamed Christmas for the blowout which is curious because for my 54 years on the planet, Christmas seems to arrive at the same time every year. Most of us that run businesses know it is coming and make plans.

By February they were blaming the fact that they needed to train a lot of their new staff - one presumes when the handover of processing to this branch took place, they were aware they needed to engage in training. It seems not.

By March they were, seriously, blaming the Christchurch mosque massacres for their inability to get on top of their work. They justified this as the government offered priority processing of offshore visitor visas to family members who needed to travel urgently to New Zealand which is fair enough. However, it's hard to believe there could more than perhaps 150 families needing these which are pretty simple applications. Given the branch was moaning they had too much work was no consideration given to a very small team of officers in another branch processing these?

With the visitor visas out of the way, April’s excuse was the Government's decision announced last week to create a new residency pathway for families of the victims already in New Zealand on valid visas.

Given the very small numbers of these applications, coupled with the fact that these people are already in New Zealand on various temporary visas, what’s the rush? How does this decision increase the workload to such an extent most employers of highly skilled migrants are now being relegated to waiting four months or even longer for work visas?

Surely, given the victim's families are already safely on temporary visas, there is no desperate rush to process their residency. Given the numbers of applications are relatively small by the government's own admission, it is incomprehensible to me that Immigration New Zealand in Christchurch should be quoting 60 days to allocate Essential Skills work Visa - and those work visas are deemed less important than residency cases which would ordinarily be processed over many months anyway.

And let's not forget the priority being given elsewhere to all those tourists around New Zealand who can go and get variations of conditions to their holiday plans to go and pick Kiwifruit in the Bay of Plenty.

Lame excuse after lame excuse from a 'business' that rakes in $300 million in fees. I tell you, it is a circus.

This is why understanding the criteria for applications to be deemed "decision ready” is absolutely critical whether you are filing your own Visa, filing one on behalf of an employee or if you are an Immigration Advisor or lawyer.

Assuming I get a straight answer on this question of how businesses can demonstrate a history of compliance with the law, it should enable all our work visas to get what is currently "priority" allocation without the department having the excuse of kicking it into the three-month allocation queue.

Good morning Lain, thank you for the very expressive article and update. I fully agree with your points and and very curious to the response for you question (if you get that). Me and my family are on the verge of coming over in July and getting our final preparation in place. To be honest, it’s not a very encouraging article for me as this will most likely affect our situation directly as I will be applying for my visitor visa and ultimately skilled workers Visa and hope and pray that this article is seen by the right people INZ to make the necessary adjustments to be more efficient in the approval processes.

The 3to4 week turnaround time for skilled work visa is a critical selling point to our strategy for potential employers.

I look forward to the next article or at least response to the question posed.

Perhaps the processing of Skilled Migrants Visas is taking longer because of additional background checks?

Though time lines don't entirely match up, the sudden event of terrorism in Christchurch may have contributed to further slowing the process.

Also, as a foreigner "one hears things" from those living in NZ and Aus. Often I hear the pace of things is slower in Aus and NZ than in Cape Town.

Personally I can find the Cape Town pace a little too slow, something that is expected to be accomplished within an hour this morning in Joburg is often only accomplished just after lunchtime tomorrow (or in 2 weeks to a year if it's a state hospital IT problem). These same after lunch tomorrow techs are the ones complaining about the pace being slow in NZ and Aus.

Apparently the order of expediency is most of Australia, then Auckland, then Wellington, and then South Island, which is apparently in a whole different league.

Perhaps moving Visa processing to Christchurch was unwittingly the main issue? It does rather line up with "what I've heard" :)

May 3, 2019, 6:33 p.m. by Iain
I am not talking about processing resident visas for skilled migrants, I am talking about processing their skilled work visas. There are no additional background checks being done on applicants from South Africa or anywhere else for that matter. Once the visa application is finally allocated to an officer then the decisions are coming in as quickly as they ever did - it's the WAITING TIME for the file to be ALLOCATED that has ballooned. I am just back from a month in South Africa - don't kid yourself things work any faster there - they don't. Ever tried getting a sim card in Johannesburg ? As bad as our Immigration Department is they are like Caster Semenya by comparison to Home Affairs.
Reply to this comment
May 6, 2019, 9:32 p.m. by Krassi Dimov

Thanks Iain, for preparing the potential immigrants of they should expect to go through.
Proving a "compliance" is like proving an "innocence"!
Since the ancient Roman law (foundation of all juristic systems today) "everybody is innocent until proven guilty".
Translating this rule/concept to INZ visa department should sounds like - "everybody is compliant until is proven non-compliant".
Looks like some of the INZ rule-makers are lacking common sense, just like the government officials in RSA. 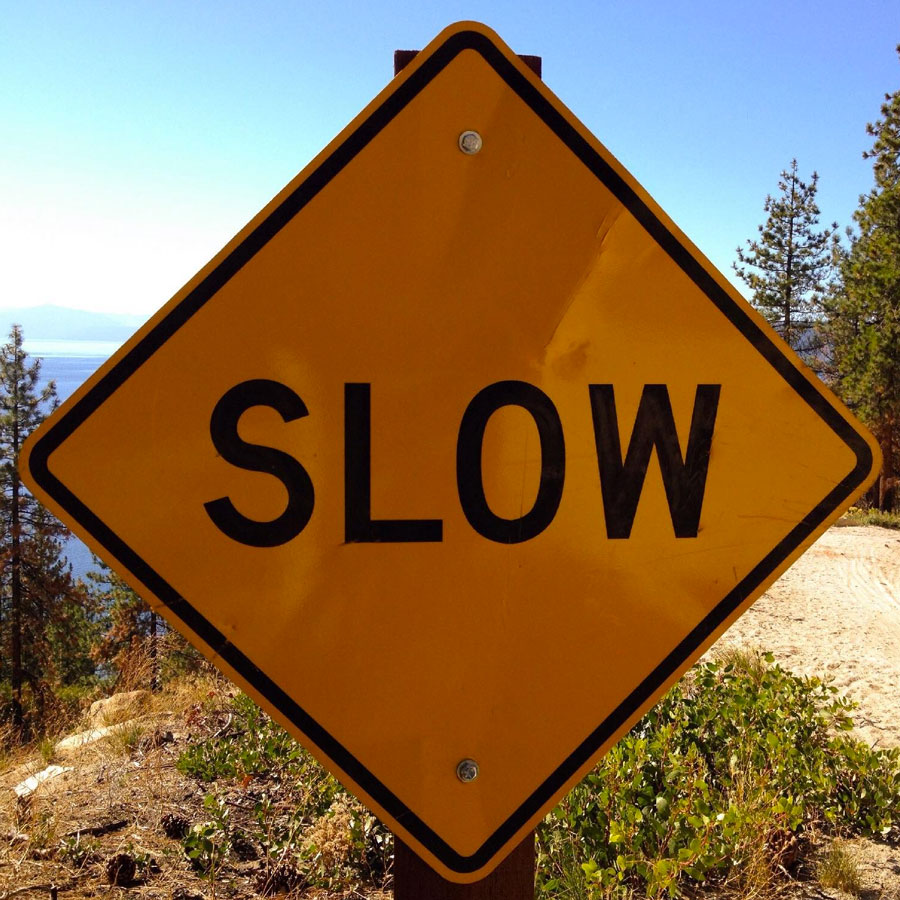