Living in the information age has its advantages and disadvantages. On the one hand we all have access to a lot of information instantaneously. On the other hand for those purveyors of information the immediacy can trip them up...

Living in the information age has its advantages and disadvantages. On the one hand we all have access to a lot of information instantaneously. On the other hand for those purveyors of information the immediacy can trip them up...

Earlier this week the immigration department in New Zealand posted a new page on their website "points calculator" which is sometimes used by people to try and work out how many points they might score under the skilled migrant category.

It wasn't up for long and was very quickly taken down when someone inside the department realised they’d accidentally gone live with something that they clearly should not have. Unfortunately for them some bright spark in the public arena took a screenshot and within the blink of an eye it was posted all over Facebook. Cat out of bag on imminent and significant changes to EOI selection criteria?

It offered an insight into the government’s possible thinking about what to do with the 10,000 Expressions of Interest (EOIs) sitting in the skilled migrant pool and may well be a glimpse into what is just around the corner for the 22,000 people affected by the suspension of pool selections in March 2020.

Two things jumped out at us.

Bonus points would increase for those people in New Zealand with an offer of skilled employment or a current job in an occupation on the long-term skills shortage list. Points for this criteria would increase from the current 10 to 30.

A new criteria of awarding 20 bonus points for those applicants claiming points for a job offer (or current employment) in New Zealand requiring statutory registration. Today they get nothing. These are teachers, nurses, Doctors, Electricians. Physios, Vets and so on.

What is interesting about this is these are two of the three criteria that have got people who have already been invited to apply for residency out of the two plus year processing queue and into the priority processing queue, shaving around 18 months off the nightmare that is securing residency at the moment.

The one criteria that was missing was granting additional bonus points for people earning twice the median salary i.e. the criteria of "high salary” which is currently worth 20 points. If this was a sneak peek at the new policy it would make sense for the government to reward those at that salary level because they too are given priority processing today. There was nothing accidentally released that might suggest that however.

This is not particularly good news for people who might not be able to claim those additional bonus points unless there is some plan to reward them for their patience. It seems obvious to me the reason the government would do this is because they want to increase the pass mark from the 160 that we have in place today. Anyone on 160 today that's going to be given another 20 or 30 or more bonus points I suspect is going to be able to keep their head above selection water and this would tend to point to a new revised pass mark of perhaps 180 or 190. At least for a period of time.

I proposed in a blog two weeks ago my plan to clear the decks for when the border reopens next year.

I calculated that within 12 to 18 months the immigration department could clear the decks if they adopted my plan. It would be fair and kind and not swamp the Department. That plan would allow whatever new immigration policies might be put in place under the government’s so called "reset" (which appears at least temporarily to have sunk without a trace) time to bed in.

It seems however the government is going to go with something in between at least in the short term so no one should despair.

Nothing suggests those who have filed their residence visa application cannot be expedited given they are in New Zealand. In my view they should be (and maybe they will be). The overwhelming majority are on work visas that would/should have been verified in terms of their qualifications and work history or the work Visa could not have been granted. The "risk to the integrity’ of the immigration system then is extremely low.

I won't be surprised if they do this and expedite all those resident visa applications sitting in that two year backlog.

That still leaves a problem - if the department was to select all ’live’ (10,000 and climbing) EOIs and if they had a prima facie claim to 160 points, inviting them to apply for residence represents a tsunami of work heading INZ’s way. And it would likely add year to the existing two year processing backlog.

The government has to find some way of drip feeding those applications into the residency processing queue.

Putting the pass mark up is one way of achieving that. I could not say with the points that were revealed a few days ago how many people sitting in that pool would be advantaged by it but I'm thinking 30 to 40%. The rest would stay in the pool or be ‘lapsed’ (the nuclear option) which might be legal but which would be cruel and unconscionable.

We should also not preclude the possibility that we will go back to the future and there will be, when selections resume, multiple pass marks whereby an applicant’s total points score was less important than their points profile.

It wasn't too long ago that selection from the pool was based on the following order of priority (from memory, it has been a while):

1.       Those claiming 100 points including an offer of skilled employment

2.       Those claiming 140 points without an offer of skilled employment

5.       Those claiming 140 points including a qualification in an area of absolute skill shortage

If Government could fill its rolling two weekly target from the first group, that was it, no one else was selected. If they couldn’t they selected everyone in the second, and so on. Most people have forgotten this is how things worked for 25 years. It was far better in terms of transparency than a single pass mark has been since 2016.

Of course what was posted by the department earlier this week could mean absolutely nothing but I don't think so. It was too finely crafted.

Coupled with this accidental website edit, two weeks ago the Prime Minister confirmed that announcements were going to be made about resuming EOI selections ‘in short order". The posted page included the date of August 28.

This INZ website posting and the PM’s most recent musings is a telling sign, if not convincing evidence, Government is about to finally move on dealing with the EOIs in the pool and the tens of thousands of people that heeded this Government’s call to be part of its immigration programme.

As far as I am aware they haven’t discussed solutions with anyone in the private sector and are relying on immigration ‘officials’ to tell them what to do. I can safely predict then it will be a cluster something (beginning with ‘f’).

Hi Lain, thank you for this post. I guess we will have to wait and see. Or mostly wait. As I understoon the one's that already applied for residency and wait in the queue are not affected by those presumed changes. Right?

So it looks like they will be reopening selections mostly for those who will qualify for the priority queue. Which makes sense, since that's where they've been hit hardest in the media coverage (doctors leaving), and it would be in line with the pattern of only making the minimum improvements they can to take the "heat" off. But even if they only let priority people in, that will effectively freeze the non-priority (rebranded "general") queue. As it is they were only allocating tens of non-priority applications per week. The wait time for these people will continue to grow since they will be put basically on indefinite hold. Which will also lead to bad press. So how do you think the government/INZ will balance these two competing needs: retain the priority folks in the country by reopening their pathway to residency, but also continuing to dig themselves out of the backlog nightmare they created?

Aug. 21, 2021, 11:07 a.m. by Iain MacLeod
Hi Sean 1. Expedite processing of all those in the non priority queue - just approve them subject to a local police check and confirmation they are still working in their skilled job. Shouldn’t take more than 3-4 months. Clear the decks. 2. Select those from the pool this leak suggests and get their residence cases filed- I don’t believe the numbers will be huge. 3. Select the rest over the next six months and invite them to apply 4. Temporarily suspend the ability to file an EOI - frankly if you are in NZ, have the points but you haven’t already filed you either are getting bad advice ( from INZ or our industry), you can’t be all that serious, or you are mad and can’t moan about missing out. 5. Resume the ability to file EOIs in the new year. Iain
Reply to this comment
Aug. 21, 2021, 11:12 a.m. by Anonymous

This is my prediction.

Extra 20 points will be given to people working in absolute skill shortage and for those need occupational registration.. ( I have visited the leaked website before it was taken down)

Then they will increase the required point to 180 and it won’t affect anyone in the above category.

Extra points for Christchurch, Hamilton and Wellington might be removed to make it more fair for people working in Auckland

If this is the case, more than half of people waiting for pool selection or planning to submit eoi will be washed out..

Then the Government could finish the processing within one year..

How beautifully Frank Sinatra put it in the song: "I did it my way!" 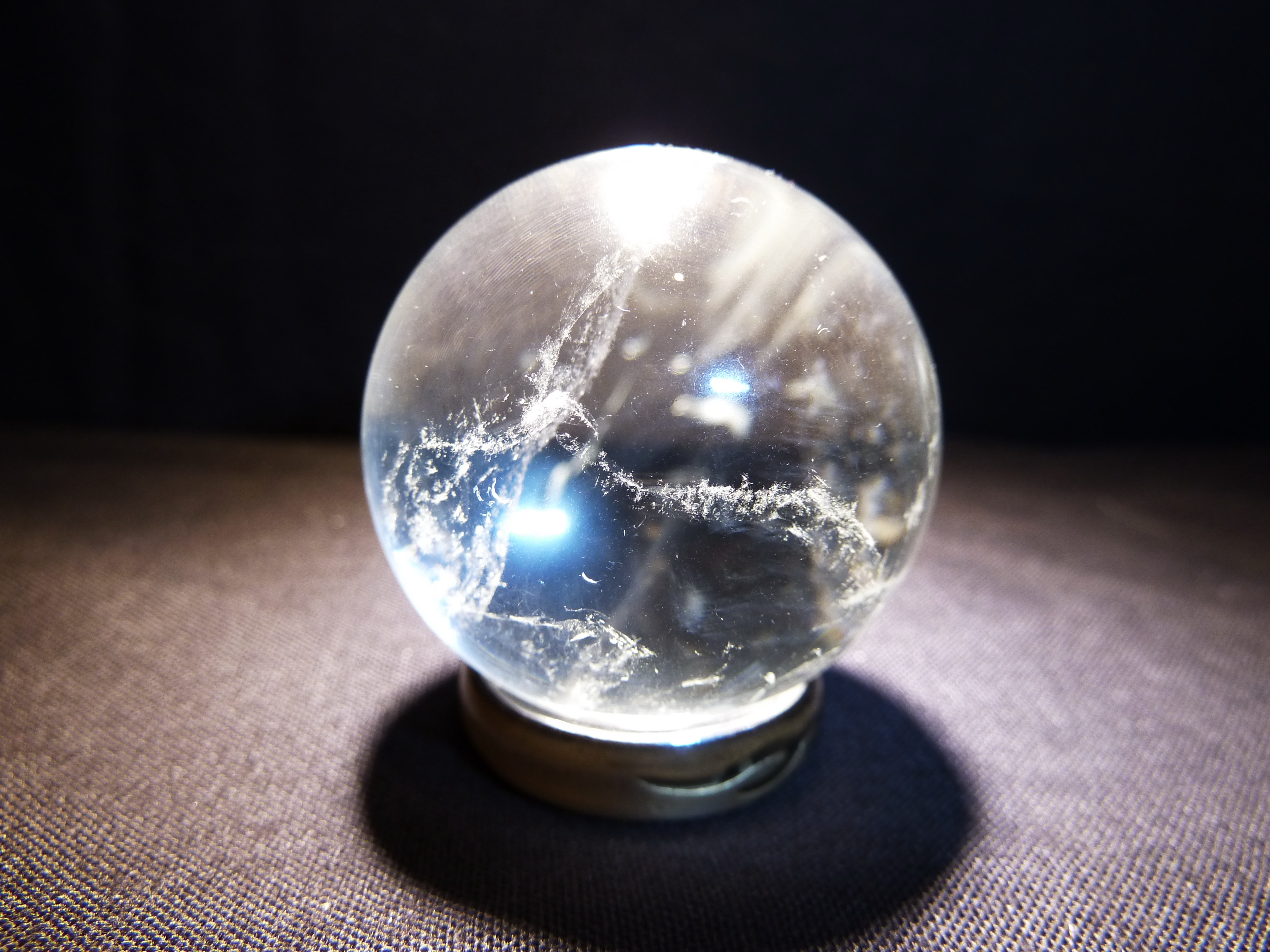