The international public perception of Australia is one country speaking with one voice albeit a multi-ethnic voice but the Covid 19 pandemic has highlighted the schisms that exist between the various states and territories in Australia...

The international public perception of Australia is one country speaking with one voice albeit a multi-ethnic voice but the Covid 19 pandemic has highlighted the schisms that exist between the various states and territories in Australia...

The international public perception of Australia is one country speaking with one voice albeit a multi-ethnic voice but the Covid 19 pandemic has highlighted the schisms that exist between the various states and territories in Australia.

Prior to the pandemic we looked to Canberra, the seat of the federal government for direction and governance but since the pandemic we have a cacophony of voices with different directions, some federal and some State. It’s easy to feel a bit confused and disorientated living in Australia with so much government and so many authoritarian figures telling us which way to live our lives.

Pre-pandemic I was aware that each of the eight states and territories had their own Premier/Chief Minister but I certainly couldn’t have told you the names of more than one or two and they very rarely ever received much coverage in the national press but these days it seems as if every month the Premier of a different state is holding a press conference to do with either border closures, vaccine rollout and other Covid related issues.

Australia became a federation in 1901 entered into under the Commonwealth of Australia Constitution Act, prior to this date Australia consisted of six separate British self-governing colonies of Queensland, New South Wales, Victoria, Tasmania, South Australia, and Western Australia. The two territories of Northern Territory and ACT were added after Federation.

Why did the colonies decide to federate?

Each colony sought to protect its interests. New South Wales had competed with Victoria for influence, to the extent that the territory of ACT would be established so that the seat of federal government would be independent of Victoria and New South Wales. The smaller colonies had feared their interests would be ignored by the larger colonies in a system of centralised government such as in Great Britain or New Zealand where the national government holds all of the power.

Federation achieved an independence of sorts for Australia where the central or federal government exercised certain powers pertaining to the national interest (for example defence, national borders, federal tax et cetera) and other powers could be applied on a state level.

It might come as a surprise to know that Australia does not have a national education curriculum for schoolchildren and each state has its own curriculum. The same applies to the road code, there is no federal law relating to road usage and each state and territory determines its rules for road users.

For immigration purposes the federal government divides the annual immigration quota or target of a 160,000 places into different visa types and allocates to each state or territory a certain number of places that they then divide into different occupations that are in demand in that particular state. These lists of occupations are published on or about 1 July of each year and if you are in an occupation on one of these lists you could apply for state sponsorship which is an integral part of certain skilled visa applications.

Each State also has their own Constitution, Parliament and legislation that give them additional special powers to deal with emergencies such as controlling the spread of COVID-19.

What makes border closures tricky is that each State has different laws and there does not appear to be any consistent, clear or transparent guides to help the States manage the public health risk in a unified manner.

We recently saw a request for additional vaccine doses to be supplied to New South Wales declined on both a Federal and State level.

It was the intent of the architects of the federal Constitution that Australia would not have any impediments to trade, commerce and intercourse amongst the different states and there wouldn’t be any duties or taxes imposed for this purpose.

Sir Henry Parkes, one of the architects of Australia’s federal Constitution outlined that “Australia shall be free- free on borders, free everywhere– in its trade and intercourse between its own people; that there shall be no impediment of any kind – that there shall be no barrier of any kind between one section of the Australian people and another; but that the trade and general communication of these people shall flow on from one end of the continent to the other, with no one to stay its progress or to call it to account.”

However having just emerged from our fifth lockdown in Victoria (but who is counting) to our “freedoms” and the exciting opportunities for interstate 'intercourse' the country is deeply divided country and I wonder with some sadness what the architects of the federal Constitution would make of the discordant voices of the different state premiers.

Divided States of Australia | Australia
0 comments on this post 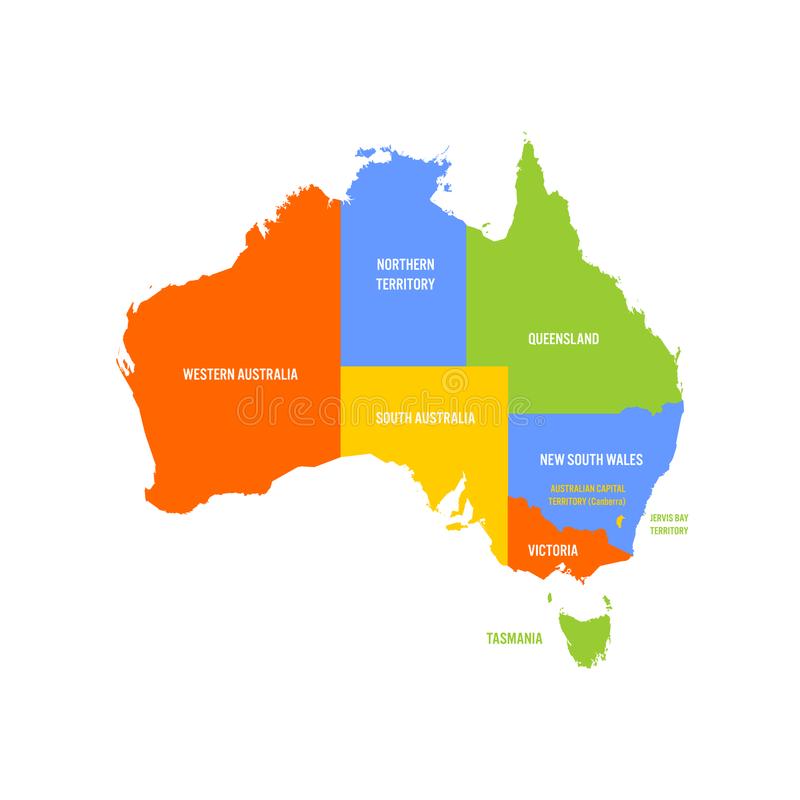