I’d be lying if I said this job doesn’t sometimes feel like I am living a modern version of the biblical David and Goliath story. Every day, my team and I take on the might of the state. We deal with an Immigration Department culture that is often disinterested, dismissive, ...

I’d be lying if I said this job doesn’t sometimes feel like I am living a modern version of the biblical David and Goliath story. Every day, my team and I take on the might of the state. We deal with an Immigration Department culture that is often disinterested, dismissive, ...

I’d be lying if I said this job doesn’t sometimes feel like I am living a modern version of the biblical David and Goliath story. Every day, my team and I take on the might of the state. We deal with an Immigration Department culture that is often disinterested, dismissive, inexperienced, largely leaderless (they call it empowerment, probably) and a bunch of bureaucrats that display a level of arrogance that is at times shocking.

If we weren’t in the ‘people’s futures’ games it might almost be comical. But every decision made by INZ affects real people.

If we didn’t have an excellent relationship with a number of very senior Managers (of branches and in the national office) I confess I’d probably have given up years ago. I do not know how consultancies and law firms without these higher level relationships stay sane (or in business).

There’s something in me and my team that feels compelled to fight for the powerless little (foreign) guy and I suspect that is why, over 30 years, I’ve led a team with a visa success rate of over 99%.

This past week has been one for the ages in that story.

It all started with a client’s work visa. Twenty years a policeman in South Africa secured skilled employment in New Zealand as a security company Operations Manager. Immigration rules require an applicant’s work history to be ‘relevant’ to their NZ job. We thought the connection was pretty obvious but as we do with every visa application we provided a very helpful, carefully crafted legal argument explaining the connection, so whatever desk it landed on, we had in effect, done the Immigration Officer’s thinking for them. We explained why the application and evidence met the rules.

None of us could have predicted what happened.

Until Christmas 2018, 95% of our work visa applications were receipted, processed and approved within 4-5 weeks, many in half that time. As I have written about previously the Department has descended into processing chaos this year and for many work visa applicants, processing times have blown out to four months or more (thankfully, not many of our cases).

We remained patient, nudging and pushing in an assertive but not aggressive way during that time. The officials kept delaying, trying to ignore us and in the end, incorrectly declined the application.

Things got really interesting last week when we sought a reconsideration given the decision was patently wrong. We received what can best be described as a ‘f*** you’ response - by far the most aggressive and inappropriate email from an Immigration Manager I had seen in 30 years. To my staffer, in charge of the case who is by any definition a mild mannered and very polite Solicitor/Adviser, it was a frightening piece of correspondence. When my senior colleague, Paul, challenged the author, he received a reply that threatened him (and the consultant leading the application) with a complaint to our industry regulator, the Immigration Advisers Authority, if in effect, we didn’t back off and take the garbage ‘service’ INZ was dishing up.

Red rag to this bull I can tell you! I can deal with Government incompetence (it keeps me in business) but I am damned if I am going to have my staff threatened for doing their job.

Most immigration advisers would have backed off and backed down in the face of such aggression. I cannot overstate the inappropriate tone and content of the correspondence by the Manager who was, it seemed to us, defending the indefensible processing delays and the error INZ made in this case.

His mistake was not knowing us. IMMagine is no ordinary immigration consultancy.

My colleague Paul took on the Manager in a polite, professional but forceful way. For us to be told when INZ had got this wrong that the client could get in the queue with all the other reconsiderations (I suspect they are piling up because there are so many incorrect decisions) for another 4-5 weeks till INZ got round to making a decision, was unacceptable to us. We had not got this application wrong, it was the Department that got it wrong. We just needed an officer who understands the rules to look at it. This manager didn’t give a damn about getting it right - I suspect because he too doesn’t know visa criteria - so decided to threaten us instead.

I got involved and went even higher than Paul had - in fact, all the way to the very top of the Department and to the Deputy Secretary himself.

Within 24 hours the work visa was approved and issued, no questions asked.

There has been a (very open, frank, professional and polite) discussion with this particular Manager’s line boss who has unreservedly apologised.

We have also received a written apology from the top of the immigration tree in Wellington. Senior managers have confirmed the attack levelled at my company and my colleagues by their Manager was, to put it mildly, inappropriate.

In sharing this I am not gloating. I cannot tell you how emotionally draining and time consuming this sort of thing is. We expect disagreements with immigration staff, it’s the nature of poorly drafted and vague rules.

As I have been writing about for months INZ has descended into a state of utter processing chaos and has continued to blame applicants, employers, Advisers and lawyers, the labour market, increasing visa application numbers (because there are so many jobs we cannot fill locally) and they have done everything but look in the mirror for solutions. The deeply concerning thing for me is that some have now started to crack under that pressure and have started lashing out as the professional Consultants like us who call them to account.

The Manager learned we will not be cowed by threats. His bosses already knew that.

Our client got their work visa. No matter how long it takes, they always do.

What was different this time was the naked aggression and threats levelled at a customer (us) which reflects I believe a Department coming apart at the seams.

I even discussed the situation with the IAA Registrar himself who at my request reviewed our correspondence with the Department over the past week and confirmed in his view we had acted professionally and appropriately.

I suspect it might be something of a watershed moment.

It sounds immodest, and I do not wish it to be because my team is a bunch of highly professional and knowledgeable, but quiet achievers, but when an application is filed accompanied by a legal argument from IMMagine Australia and New Zealand, I demand the respect our reputation and history deserves. Those immigration officers and their managers that have been around our work for a long time, know it is high quality, the people we represent are top quality and honest, we do not file frivolous applications and in the end the visas are always granted because we know our stuff. Pure and simple.

Our weapons are not slingshots but expert knowledge and while Goliath was felled this week, it saddens (and tires) me that a work visa application took four months, an incorrect decline decision, a threatening series of emails from an inexperienced and arrogant Manager and the intervention of the Deputy Secretary of the Department to secure it. Something that could have taken 30 minutes descended into threat and farce.

Our clients seldom appreciate what goes on behind the scenes to secure what look like ‘straight forward’ work and other visas. And we don’t scream these stories from the rooftops because this is our job and we are well rewarded (financially and emotionally) but this one needs the light of publicity shone upon it as a warning to applicants and immigration officials alike - INZ doesn’t limit this sort of behaviour to us and someone has to make them accountable - migrants and we are ‘customers’, after all. Threatening and bullying your customers isn’t the best way of doing business.

Well done, Iain. A feather in the cap for you and your team!!! I stand in awe of the lengths you will go to to service your clients. Keep up the good work.

Iain, I can attest to the quality of service of you and your team. I have had my work visa processed within 2 days (!!!) thanks to your team, more specific Jo Fourie. I will recommend your service (and have) to anyone wishing to come to this beautiful country. Thanks for fighting on our behalf.

Heck, I don't know really how to express our gratitude for the way in which your team has supported us to this point, in particular, Esther!!! Now proudly standing with an approved work visa and EOI submitted!

I was taken aback when in a discussion with a fellow SA citizen about agents and how fervently I had to defend what in my mind was all immigration agents, only to hear the horrific experiences they have had with immigration lawyers and agents alike. It was at that point that we felt so utterly blessed to have come across your website and embarked on this journey with you and your team.

We have become your brand ambassadors and will continue to do so, please keep it up, we sure need you!

Thanks for sharing this shocking story, Iain. We are certainly familiar with the service excellence you and your team deliver on for your clients, but this is just phenomenal work. Well done on this memorable defeat! Kia kaha

Well done. these managers should be punished. these people acting like they know everything and then trying to exercise authority like they are always right. can you do that Ian? serve justice

These are my friends you helped. I kept on telling them to stay positive and know that THIS is where your company shows that its the money worth! I knew you would pull it through for them! Thanks for being persistent and standing up to a very uneducated and poorly run department. You guys rock! And we get to "keep" our friends :)

l'm job seeker and apply for working permit visa to work as a fruit picker /security guard. if you can assist me to the work and the visa l will be very great.l hope to hear from you thank 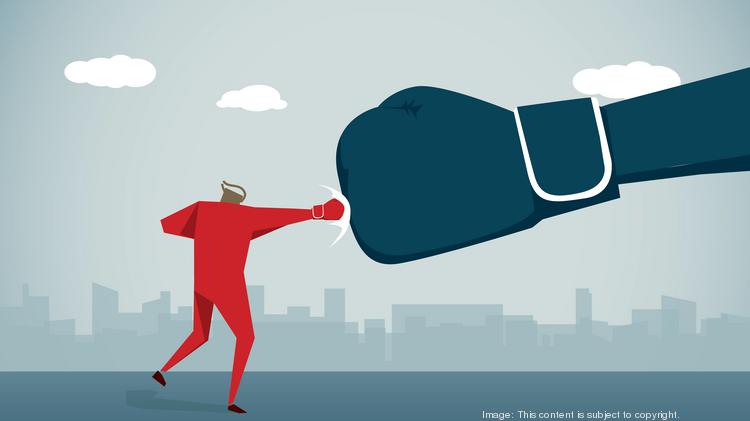