Naturally our inboxes at IMMagine are full of the same question from clients as the new year starts - when do we think the Australian and New Zealand borders will re-open? The short answer is your guess is as good as ours as the NZ Government in particular has been ...

Naturally our inboxes at IMMagine are full of the same question from clients as the new year starts - when do we think the Australian and New Zealand borders will re-open? The short answer is your guess is as good as ours as the NZ Government in particular has been ...

Naturally our inboxes at IMMagine are full of the same question from clients as the new year starts - when do we think the Australian and New Zealand borders will re-open?

The short answer is your guess is as good as ours as the NZ Government in particular has been all but silent on any plan. Australia only slightly less so. But here is what might be termed a very good educated guess based on public statements by the political leadership.

The New Zealand Government has made clear that it only plans to begin vaccinating border facing and front line health workers in March. The rest of us will have to wait till they start to roll out a national vaccination programme in July. The Australian administration has set the same timeline, I imagine for precisely the same reasons, but has recently advised they are pushing ahead with vaccinating front line health and border workers starting in February.

Why the delay when other countries are rushing to vaccinate?

The short answer is the Governments in our corner of the world have basically kept the virus at the border. Good management and a deal of good luck along being surrounded by a lot of water helps both countries in that regard. Australia has seen recent outbreaks but they seem to be doing a great job keeping them contained without risking lengthy national, state or city wide lockdowns (Brisbane for three days last week the exception but it seems to have worked).

Prime Ministers in both countries have said they want to watch and see what happens in the rest of the world for a while. Sit back and watch. Are the vaccines safe? Are they effective? Let’s not rush to inoculate our people until we know - that seems to be the plan.

Both Australia and NZ have more than enough doses on order (not sure if they are all in the countries yet) to roll out national vaccination programmes.

If both roll out programmes I imagine it’d take until the end of the year to get to that ‘magical’ 70% mark which we are told is the minimum expected to provide some sort of ‘herd immunity’.

On the other side of the ledger I cannot see either Government opening up their borders to general travel till those wishing to come can prove they are vaccinated and that the vaccination is effective and safe.

So two things need to happen in my view - we need to get a majority of Kiwis and Aussies vaccinated and people overseas need to get vaccinated (certifiably and verifiably which of course is yet another risk).

That suggests to me that the borders will remain closed to general travel for the most part or all of this year. Before you panic… I don’t know this - I am, like most of you, pulling together the public statements and whatever titbits of information I am reading about.

Both countries will continue to allow border exemptions for humanitarian cases and for some critical workers.

In the case of New Zealand we were effectively advised by a national manager in INZ right on Christmas that they had been granting humanitarian exemptions in error for much of 2020. After months of us, and others in the industry, challenging the bureaucracy on why two cases, so similar in circumstance saw one being approved and one being declined, INZ finally put it in writing - they should not have said yes to most of the humanitarian cases that they had. And that includes split families where, say, one partner is in NZ on a work visa but partner and/or children are stuck offshore. One thing is for certain this year - expect far fewer such humanitarian exemptions to be granted. Quite an admission but par for the course.

This will be shocking to many in this position as the NZ Government allows sheep shearers, film makers, fishermen (another bunch just arrived from Russia and at least 14 brought the virus with them), fruit pickers, sports teams and individuals, musicians (NZ had its annual raft of multi day musical festivals across the country full of international acts over the festive season) into the country.

It makes no sense not to reunite what is in effect a small number of families and is especially cruel on those split families with children and even more difficult to understand when INZ has resident visa applications in process for many of them but refuses to prioritise them (which would provide an elegant solution to the clamp down on granting humanitarian exemptions to reunite these families as those with resident visas can come to NZ without an exemption).

I do believe that the number of critical worker visas that will be granted border exemptions will increase in NZ at least. Job adverts on seek.co.nz, NZ’s largest online job site, showed job vacancies surge 19% in December and get this - it means there are more jobs being advertised in NZ today than there was before the pandemic reached these shores! This reinforces another statistic released just before Christmas - in those businesses employing 20 people or less, the number of people employed was actually 1.3% higher than pre-pandemic.

Therein lies the Government’s dilemma. The economy has not just rebounded from the lockdowns of last year, it has grown. Skills shortages for the most part have not gone away. Unemployment at 5.3% has probably peaked (the biggest losers were young and the low skilled, so not those the Government wants to be part of the residence programme).

In Australia, personal savings rates are up over 11% on this time last year. The printing of billions of dollars and its dispersal has meant that demand there is pent up. I cannot believe how much money the Australian Government is giving away. They continue to send us money as well which we are very grateful for but here in NZ we’ve been standing on our own two feet since September last year.

The elephant in the room of course is balancing the pressure to increase numbers crossing our respective borders with the increased risk of the new South African and UK variants, both, as you’ll be aware, far more transmissible than the original varieties.

This has led to the Australian Government halving the number of people they are allowing to go to or return to Australia. They announced last week all travellers will have to have a negative test before boarding flights to Australia.

The NZ Government has also announced all travellers will also now need to test negative before boarding flights - including Kiwis.

A number of prominent local epidemiologists have spoken out strongly that the NZ Government is not going far enough. They are encouraging the Government to ban all flights that originate in places where this virus is out of control - UK, US, India, South Africa - to name four. That would be a big step but our border is currently under assault as is Australia’s. I would be surprised if the Australian PM isn’t wrestling with the same question.

Anecdotally, including in my own personal circles, plenty of New Zealanders are now saying that if as a Kiwi you didn’t take the opportunity of getting home last year, don’t whine now that you might not be able to now. That’s a little harsh perhaps as they seem to forget some perhaps couldn’t come home for all sorts of reasons. It would be a big step for the Government to effectively ban thousands of Kiwis that might want to return home but there’s some merit in the argument - many had their chance but chose to stay put - especially in the UK and the US where you’d hardly be able to argue Governments there have covered themselves in pandemic glory.

I wouldn’t bet the farm on flights being banned from certain countries because I am not sure either how effective it would be. You can’t fly direct to NZ from the UK (you can fly London to Perth) and most international travellers coming here have to have at least one stop over. That stop over complicates everything. You might pick the virus up at an airport en route.

I’m also not sure how the Government here could stop someone who lives in the UK, catching the Eurostar to Paris, boarding an Emirates flight to Dubai and then flying non stop to NZ. I am sure this is the reason why banning flights would be a last resort. Any of you sitting in South Africa quietly freaking out at that prospect you too cannot fly here directly and every flight involves at least one stop - so that would be a last gasp effort in my view by Government.

As more and more epidemiologists around the world are lamenting, many Governments particularly in the US and the UK are treating this virus as a short term problem and no one seems to be doing much planning for the next few years. When you add to that countries won’t be able to afford to vaccinate everyone (South Africa is one such country) it begs the question - what does 2021, 2022 and beyond look like? You could add the NZ and Australian Governments to that list - particularly the Aussies where the political leadership is all talk about recovery and good times ahead. It might take longer than they are publicly willing to admit and I’m not sure anyone really has a longer term plan.

My final thought is that all of this is going to increase the pressure on the Government here to throw caution to the wind, if indeed that’s what these vaccines represent, and start the roll out, at the very least to those MIQ, border and front line health workers sooner rather than later. Maybe they are worried some will refuse to take it and they’ll no doubt be having talkfests ‘around’ personal and human rights. Whatever the safety and efficacy risks are, the vaccines perhaps represent the lesser of a number of evils.

Hold onto your hats!

Either way, we will just patiently wait for the rollout. There is no need to rush everything though. 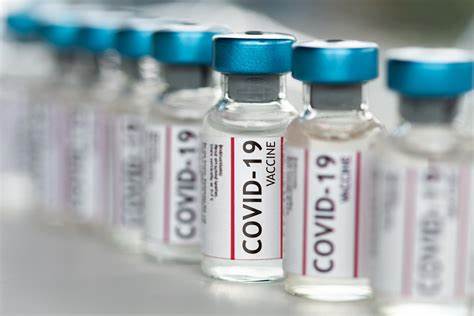