Many years ago and before the immigration department started transitioning to online electronic applications the then Deputy Secretary asked me how I would feel if it were possible to file any kind of Visa from anywhere in the world from any device. I said I think it would be fantastic ...

Many years ago and before the immigration department started transitioning to online electronic applications the then Deputy Secretary asked me how I would feel if it were possible to file any kind of Visa from anywhere in the world from any device. I said I think it would be fantastic ...

Many years ago and before the immigration department started transitioning to online electronic applications the then Deputy Secretary asked me how I would feel if it were possible to file any kind of Visa from anywhere in the world from any device. I said I think it would be fantastic if INZ could make it work and it led to the speedy resolution of visas applications. I had visions of someone sitting on a camel with a laptop computer, powered by a solar panel draped over its hump, filing a Visa for New Zealand for some strange reason. I wasn’t so keen on being told a computer would soon be able to make the decision however.

Fast forward 12 years or so, goodness only knows how many tens of millions of dollars on IT systems and now it is possible to file temporary (visitor, student and work) visas electronically. In many ways it has been a giant leap forward. That giant leap is yet to translate to most Resident Visa applications which we were supposed to be able to file electronically over 12 months ago (two, less common types can currently be filed online). Some IT consultant probably told the government that would cost another $100 million and is still building the platform….

What hasn't been built into the existing system it seems is how to deal with the risk to the entire system by the creation of single processing hubs for specific visa types. INZ chose the Beijing office to process all global visitor visas which was a logical choice given the importance of the Chinese tourist market to New Zealand.

That decision however now doesn't look quite so smart as the office has been forced to suspend operations, effectively until further notice, owing to the outbreak of the coronavirus and attempts in China and by the world to contain it within its borders.

The Immigration department has been scrambling to find an alternative which is exceedingly difficult when you consider that:

1.      Partnership work and dependent children (of work visa holders) processing times are being quoted in months by INZ in Hamilton simply to allocate these Visas for filing and goodness knows how long there after to process – obviously that depends on the quality of the application and the evidence presented. We are advised these delays have been caused by capacity constraints.

2.      Skilled migrants, unless they are being afforded priority, which is a very small number, are not going to be allocated for 12 plus months for substantive processing to begin. It seems that ‘team’ has its hands full.

As the hysteria around the coronavirus continues to grow globally and it dominates the news cycles causing panic I don't think that the shutdown in Beijing is going to be for only a couple of weeks. I'm picking many weeks, if not months to resume processing of visas there, and then potentially playing catch up to try and get processing times back to historical averages.

Unless the department can get another office to take up the job.

We have learned today that the immigration department is probably going to reallocate all existing electronic visitor visa applications to their office in Manila. That sends a chill down my spine because those people were never much good at getting these visa decisions right when they used to process them from their region.

The message from my team to all our customers is clear.

Visitor Visa applications are now going to take longer to process than any of us had expected before the virus outbreak caused the havoc that it has in China. Things will almost certainly be delayed and what was a 2 to 4 week process is now going to take far longer I expect and everyone needs to plan accordingly.

I don't recommend buying airline tickets until visas are approved and nor, at the risk of sounding like the immigration department itself, should you make any concrete plans in terms of travel dates, unless and until that Visa is granted.

Here in Hong Kong after another incredibly busy week dealing with people eager to leave, panic buying has set in as the government has announced yesterday some vague plan to quarantine for 14 days mainland Chinese who come to the territory.  Naturally people are starting to wonder what will happen with the supply of goods if the borders are effectively closed or at least the flow of goods severaly curtailed. Apparently and within only 24 hours of the announcement of tighter border controls you can no longer buy a toilet roll in Hong Kong! As they stampeded for face masks last week, the locals were rampaging though the aisles to get toilet paper this week (a Psychologist would have a field day in this place).

When I was here in November and the protests against the government were at their peak, the streets were eerily quiet after dark. Although it's one of the most densely populated cities in the world, it is almost like a ghost town now when the sun goes down now. Everyone, and I mean everyone, is wearing face masks. I have seen queues of up to 500 people waiting outside pharmacies to buy what is an effect a placebo. The best of these masks can keep out something which is 0.3microns in size. The problem is the virus is 0.1 microns so it will sail right through the fabric. But they still love their face masks!

The government has closed schools until March and government employees are being told to work from home. I've never seen so many people so scared in my life but many people here still have bad memories of the SARS outbreak back in 2003 which hit Hong Kong particularly hard. In no way diminishing the loss of over 300 lives to that viral outbreak, I imagine that ten times that many people die of influenza in Hong Kong every winter.

If the virus breaks out here in Hong Kong  (thankfully so far it hasn’t) and establishes itself in any other country in the region I do think that we are probably looking at it even more travel restrictions.

My message to anyone looking to visit New Zealand is obviously to avoid transiting through China or you won't be allowed in and if we are filing visitor visas for you expect processing times now to significantly increase.

With skilled migrant cases now taking an eternity to process, partnership visas an unacceptably long 4 plus months for most and now coronavirus causing havoc with visitor visa processing this may turn out to be your friendly immigration adviser's ‘annus horribilis’ to quote her Majesty Queen Elizabeth II.

I do not think it is insignificant that the Assistant General Manager of Immigration New Zealand has now been seconded to the office of the Minister of Immigration. That the Minister has now drawn the second most senior Manager in the department into his office suggests the immigration portfolio is now starting to trouble the minister.

All I can say is it took him long enough - he was warned 12 months ago of the processing delays and their reasons and has done nothing. I imagine the senior manager is there working on a plan.

I do not think we have ever seen a more ineffective Minister than this one whose focus has been on the wrong parts of his portfolio. The ship of immigration has been rudderless now for three years, Immigration New Zealand leadership has always been weak and largely ineffectual and we have a government that has dug itself a very deep political and economic hole by promising to cut immigration at the last election (which it did) at a time of economic boom and increasing skill shortages.

I suspect the Minister wants a senior manager holding his hand as his party negotiates the approaching election where it has to reconcile its cuts to desperately needed skilled migrants, new infrastructure spending but not enough workers to build that  infrastructure, facing well founded fury at abandoning its plans to build 100,000 houses when it finally dawned on it that we simply don’t have the skills to get that job done…..and a thousand other unfulfilled promises.

Going to be an interesting year!

This is also concerning for other reasons. Visitors who are in NZ from Hong Kong on a visa waiver programme visa, now reaching the end of the 3 months are in a particular pickle.

No-one wants to return yet, so you follow the official advice and apply for a visitor visa to “extend” the visa, but now...what happens? If its going to take so long to approve the visa, we run the risk of not being able to fly out (as it’s not economically viable for flights to travel to NZ), so overstaying the visa. And sponsors run a risk of sponsoring a person who has overstayed their visa...

What can be done?

Feb. 9, 2020, 1:19 a.m. by Iain
None of the travel restrictions affect Hong Kong citizens or residents, so status quo. The quarantine periods for anyone that might have been exposed to the virus seems to be 14 days so I think Hong Kongers in NZ can rest easy. If you aren't coughing and don't have a fever, relax.
Reply to this comment
Feb. 8, 2020, 6 p.m. by Tsholofetso Mabuza

It is very scary indeed, so visitors from China who are in New Zealand when their visa expires what will happen to the them, what about their friends and families in China, they need each other during this difficult times. I think they need support from government at China and New Zealand to go back home.

Our 3 year visitors visas expire in September 2020. We want to visit NewZealand for 3 months from early December 2020. When do you suggest we apply, and can we re-apply before our current visas expire? We don't want to leave it to the last minute and are looking at purchasing our tickets in March 2020.

how do i apply for a visa?

We submitted our visitor visa application in Pretoria South Africa on 15 Jan 2020 already just to be told today that the application is still sitting somewhere in the China Beijing INZ system to be allocated to another destination. And we are due to fly to NZ on 6 March 2020....any advice on what can be done because it seems as if INZ is totally clueless as to how to get this problem sorted..... 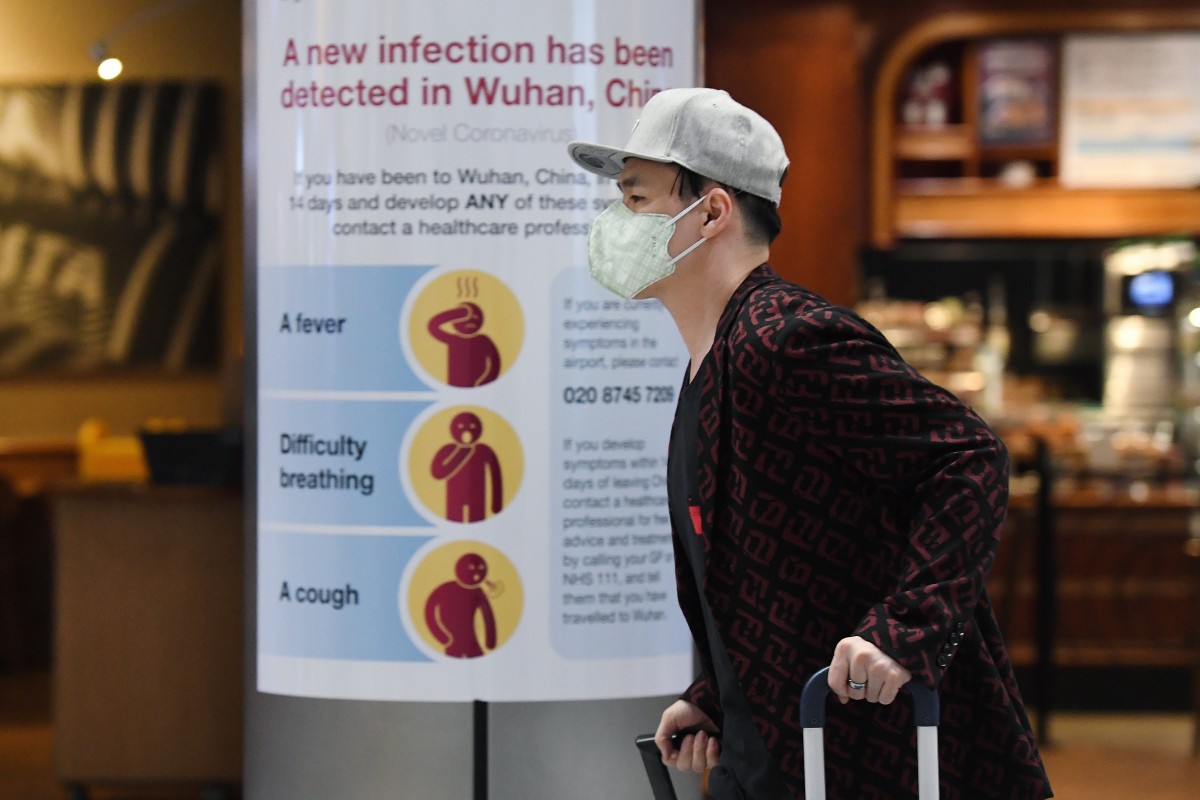