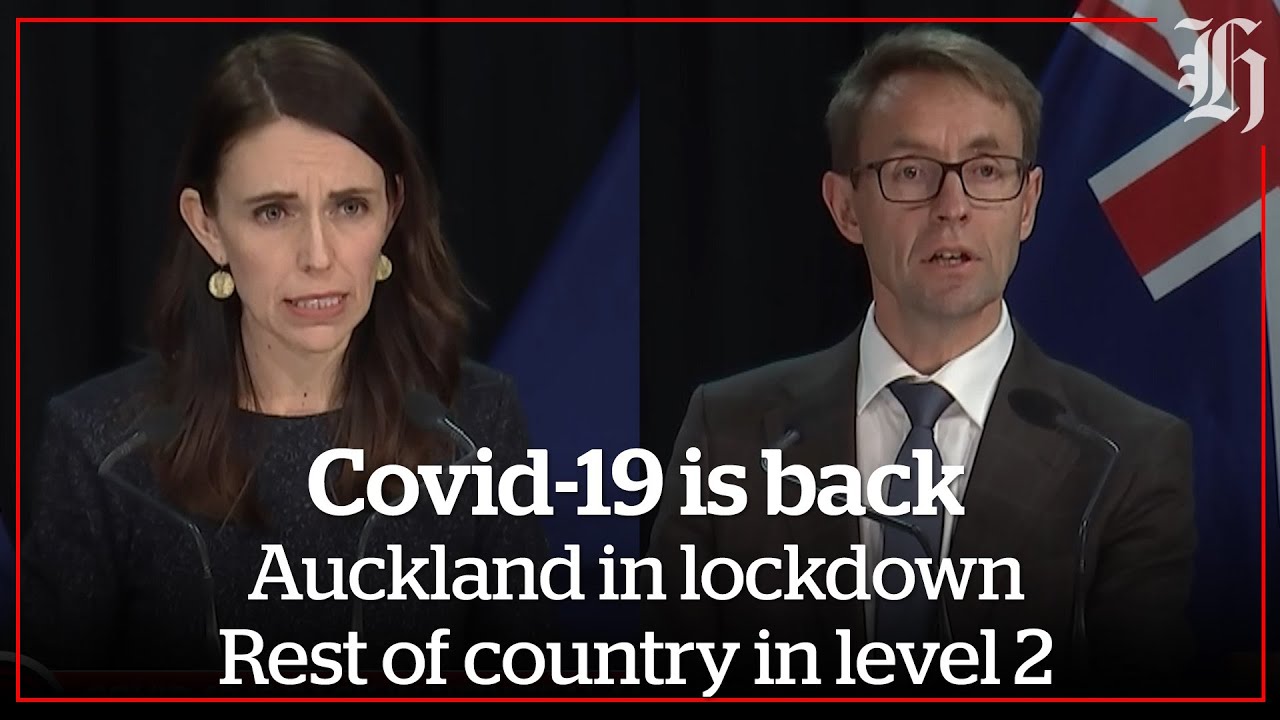 I guess it couldn’t last, as much as we all had planned and hoped it would.

After 102 days of no community transmission 30 (and counting) cases of the coronavirus have been identified, all linked to one family. All those positively tested have been moved into mandatory quarantine. That’s new. Clearly the government feels that it only takes one person not following isolation rules to set this virus off again. So anyone that is found to be positive is being bundled off into mandatory quarantine.

Consequently, Auckland is in level 3 lockdown for the next 12 days which basically means everyone must work from home (unless they can’t), restaurants and bars are closed apart from for takeaways, etc. No one can enter orleave Auckland - but that seems all a bit random as well with roadblocks in operation but a system of trust determining whether the police let you in or out.

Although the situation is fast moving the Minister of Health has said there’s no plan to go to full level 4 lockdown as we endured for 51 days earlier in the year. Cold comfort for the thousands of businesses that now cannot trade.

The rest of the country is at level 2 which basically means they must keep away from one another as best they can but get on with life. Luckily I am not in Auckland and where we are things continue to be pretty normal. A visit this morning to the local grocery store, pharmacy and butcher saw no restrictions (and interestingly no one asked me to use my Covid QR Code tracing app on my phone having entered their shop).

Now we will see how well the Government’s systems have been prepared for what many of us increasingly felt was an inevitability. If breakouts had taken place in Vietnam, Hong Kong and Australia when all of those countries had initially brought things under control, why did we think we could keep this thing out of our communities?

Now we will see whether ‘elimination’ rather than ‘suppression’ works and if eliminating the virus when it pops up every few weeks or months might bring the country to its economic knees.

If we go for elimination what will it take?  And when the virus pops up again will we be yo-yoing in and out of lockdowns until (and if) there is an effective vaccine?

I have to say it is pretty depressing when so many other countries have said living with the virus is the way to go. If the border could be made 100% secure and the systems were in place to ensure the virus stays at the border I am all in. But this seems to be proof it’s all but impossible.

Clearly and probably predictably the virus seems to have entered the community through some failure of the quarantine or border processes.

Disbelief and incredulity from health professionals are two words being heard across New Zealand the past 24 hours after it was revealed only around one-third of all front line border staff (immigration, customs, biosecurity, airline ground staff, baggage handlers, etc) have ever been tested for the virus. Ever.

It seems hardly believable. A scramble today to get them tested.

We were equally surprised last week when it was revealed that the bus drivers taking people arriving at the airport to isolation hotels were only being tested every three weeks.

I know I sound like a stuck record but if you want a job done properly don’t give it to a bureaucrat. Harsh? Well, when you have a Government that backs the civil servants over the private sector (including for the most part public private partnerships) the responsibility lies with them to do the job properly. The people of this country gave up a hell of a lot for those 102 days of relative freedom and if as seems likely it turns out there was a failure in the Government’s systems they need to be held to account. With an election around a month away, perhaps they will be.

I accept unequivocally that this virus is a slippery customer but this Government, virtually alone among global governments, decided to pursue an elimination and eradication strategy when others sought to suppress it as best as possible and are learning to live with it.  Will New Zealand now pay an even higher economic price for it?

I hope the government was right and the sceptics like me are proven wrong.

In terms of how this impacts on visa processing more chaos inside INZ.  With Auckland being the centre of all skilled migrant and other residence visa application processing you’d have thought the comms people and senior managers would have had a plan in place to deal with outbreaks in any given city with INZ branches in it.

It took almost two full working days for the first communications to be released from Wellington. It claimed that INZ in Auckland was still at work, yet we had received numerous out of office auto replies from case officers telling us the office was closed. I first raised the ‘what happens now?’ question with the ranking national manager on Wednesday morning given we were already being told that the biggest office in Auckland was closed yet according to the Government at level 3 only those who could work from home, had to. We know from the first lockdown INZ has limited to zero capacity to work remotely as it lacks the IT systems that allow it, so why were we getting messages INZ was closed?

The comms people either don’t know what INZ in Auckland was telling its customers or INZ Auckland wasn’t listening to head office.

INZ did not work through the last lockdown level 3 period.

A shambles as usual.

We can but hope INZ stays at work and keeps dealing with that backlog of cases.

For those of you following recent blogs the Skilled Migrant Category non-priority queue which represents around 90% of all cases sitting in the system, still has the most recent case to be allocated for processing receipted by INZ on 21 December 2018. Despite the claim both priority and non-priority queues are moving this for the most part is a lie. Overwhelmingly it is the priority queue (and the priorities that exist within that priority queue) that continue to take precedence.

However, we continue to get credible reports that small numbers of non-priority cases are being assigned to officers, processed and approved. A $25.50 per hour chef for example who went public on Facebook. INZ refused to answer questions why such a case was given priority for privacy reasons even though the guy put his name to his post. A 27 year old British national had her case allocated and processed when it met none of the priority criteria. I imagine that is quite simply because as she was British she was tagged with a ‘lower risk’ profile. A training case or just one that helped the kpis got to jump the queue while more deserving cases languish because they are perceived as being ‘harder’.

As I have written about recently we have been advised by the ranking national manager that a good number of those allocated that are non-priority are being allocated simply for the sake of expediency - for training (they have a lot of officers who have no idea what they are doing so need less complex cases to cut their teeth on) and for ‘improved efficiency’ (meaning they have kpis to meet).

The consequences of course are that far more deserving and urgent cases are being left in the pile and with every lockdown the risk some of those people losing their job increases.

Finally and no less importantly, 25 September is D-Day for tens of thousands of people in the country on visitor visas. They are now being advised to apply for a new visa (if they believe that they qualify) or to make plans to leave the country. We have at least one client trying to make a plan to return to South Africa if she cannot find a job but she has been told by multiple airlines it is impossible to book flights all the way through. Given getting ‘home’ involves multiple stops and often two or three airlines, it might be possible to book particular legs (which are prone to last minute cancellations and changes) but it is almost impossible to guarantee flights all the way home.

I assume the government will grant such people visa extensions as ‘exceptions’ if they present credible evidence they cannot get home. If they don’t it raises an interesting legal question - if the Government is the reason someone becomes unlawful can the same Government penalise the migrant for being unlawful?

As always more questions than answers.