How interesting that in my discussion with a senior official last week, when I asked how they are prioritising work visas, the first criteria was more closely vetting the employer! Hang on a minute I thought, the government only released a discussion paper proposing that in December, they haven't yet ...

How interesting that in my discussion with a senior official last week, when I asked how they are prioritising work visas, the first criteria was more closely vetting the employer! Hang on a minute I thought, the government only released a discussion paper proposing that in December, they haven't yet ...

Across Immigration New Zealand, processing times for work and resident visas are blowing out alarmingly. For those filing resident visa applications under the skilled migrant category, these cases - unless they are meeting some opaque and unofficial “high value’ priority test - are now taking five months to be allocated to an officer for processing. Processing time thereafter is likely to be another 3 to 6 months if you know what you're doing.

More worryingly than that is Essential Skills Work Visas, critical to employers to fill skilled vacancies and labour market shortages and which open up the pathway to residency for 97% of all skilled migrants, is now taking in many cases more than three months to simply allocate to an officer for processing and then another 6 to 8 weeks to process. That is happening right across the board and as usual the Immigration Department blames everybody but themselves.

It is quite obvious that if an employer believes it is going to take five months to process a relatively straightforward work visa, then they are going to withdraw the offer or not offer it in the first place. This will flow on to the skilled migrant residency program where already the Immigration Department is failing to deliver on its "contract" with government to issue 27,000 resident visas plus or minus 10% each year. They are already under-delivering by over 30%.

How did it come to this?

The decision was made several years ago to centralise all skilled migrant resident visa processing under one roof in New Zealand; a recommendation made by few of us to the officials and Government of the day, in a desperate attempt to try and get greater consistency in decision making. We figured, and the department management agreed, that if you had all the officers processing the same kind of cases sitting aside each other you should increase the chances that they might all start interpreting the rule book in the same way. Consistency should improve. So far little sign of that...but that’s another depressing story.

At the same time the decision was made to shut down most temporary (visitor, work and student) visa processing facilities offshore as the move to electronic filing was rolled out in recent years. In theory any electronic visa could be processed by any immigration officer anywhere. We've been living with this "transition" now for many months. I wouldn't quite call it an unmitigated disaster but when temporary visas that used to take a few days now take weeks or months, either the planning was flawed or the execution was. In this case I would suggest both.

Last week I had a discussion with a very senior official in regard to the ever increasing timelines to process urgent work visas. I started the conversation with a pretty simple statement followed by an even simpler question - I am not much interested in how you got into this mess, what are you doing to get out of it?

‘As you know the business is in a period of transition, our product suite has competing priorities, we know we are failing to meet our KPIs, we acknowledge the opportunities presented and are working toward identifying and triaging applications based on being low touch, high touch and high-value, taking into account the employer and the nature of the labour market to increase throughput. We’ve taken on additional products from other parts of the business and this has led to a knowledge deficit which we hope to rectify through knowledge transfer planned to take place over the next few weeks. We are trying to get work in flow and the opportunity presented is to do so over the next two months. Some of the applications are going to be transferred to another onshore hub and in the meantime we hope our stakeholders will understand…’

Rolling this out over the past 24 months and despite spending tens of millions of dollars on new IT systems, when push came to shove, thousands of visas were dumped on local branches that everyone knew were in the system overseas but no one had planned how to deal with. So hurry up and wait.

If there is one thing that frustrates me more than anything it is these managers like to call a state monopoly "a business”. I couldn't resist suggesting to this Manager that if indeed they were running a ‘business’, they would have gone bankrupt an awfully long time ago.

No organisation could be this bad at planning or executing strategies if they didn’t have a  monopoly on the "product suite”. If they had some competition for their “suite of products" they would soon sharpen up their act.

This department takes in fees of over $300 million a year and with those fees recently being increased you can add another $5 million to that this year. If any other business that had "sales" of that magnitude kept its customers waiting for months for something which can be processed in 15 minutes and continued to make appalling, incorrect and indefensible decisions, I would suggest management would be replaced and if that didn't work there'd be wholesale redundancies.

‘Everything will be better with in six months, Minister’ promise the bureaucrats.

Around three years ago I had a private conversation with the then head of the Immigration Department, who told me when he took over the job he was promised by senior immigration management that with in five years everything would be different. Technology would transform "the business", “we are paying higher salaries so we will attract a better quality of immigration officer”, they declared. “We can be as good as the private sector” they crowed. “Why then” he asked me after five years in the job ‘had nothing changed?’

I said because you don't run a business, you're running a public sector monopoly where the disciplines and pressures of competition that exist in the real world, do not apply to you. NZ is never going to shut down the immigration department so there is no real danger to anybody that works inside the system. I can't go down the road to get a better service, my clients get what you dish up. My clients are not customers or ‘stakeholders’ they are prisoners.”

He moved on recently to another job.

In the final but insightful illustration of how the system works, I wrote a piece a few weeks ago about proposed changes to work visa policy which suggests greater emphasis was going to be placed on the employer rather than the migrant by forcing all employers to become "accredited".

How interesting that in my discussion with this senior official last week, when I asked how they are prioritising work visas, the first criteria was more closely vetting the employer! Hang on a minute I thought, the government only released a discussion paper proposing that in December, they haven't yet completed the consultation period with ‘stakeholders’, let alone had the Government sign anything off, we have had no changes to the rulebook, yet I am being told that in effect the policy is already in place?

The whole process is a shambles. At a time when New Zealand has never needed skilled migrants more and ironically this government relies on bringing enough skilled workers to deliver on its (dumb) promises to build 100,000 affordable houses over 10 years or reduce class sizes by finding 900 teachers, they remain controlled by an immigration department that continues to overpromise and under-deliver.

Here in the real world heads would have rolled along time ago. 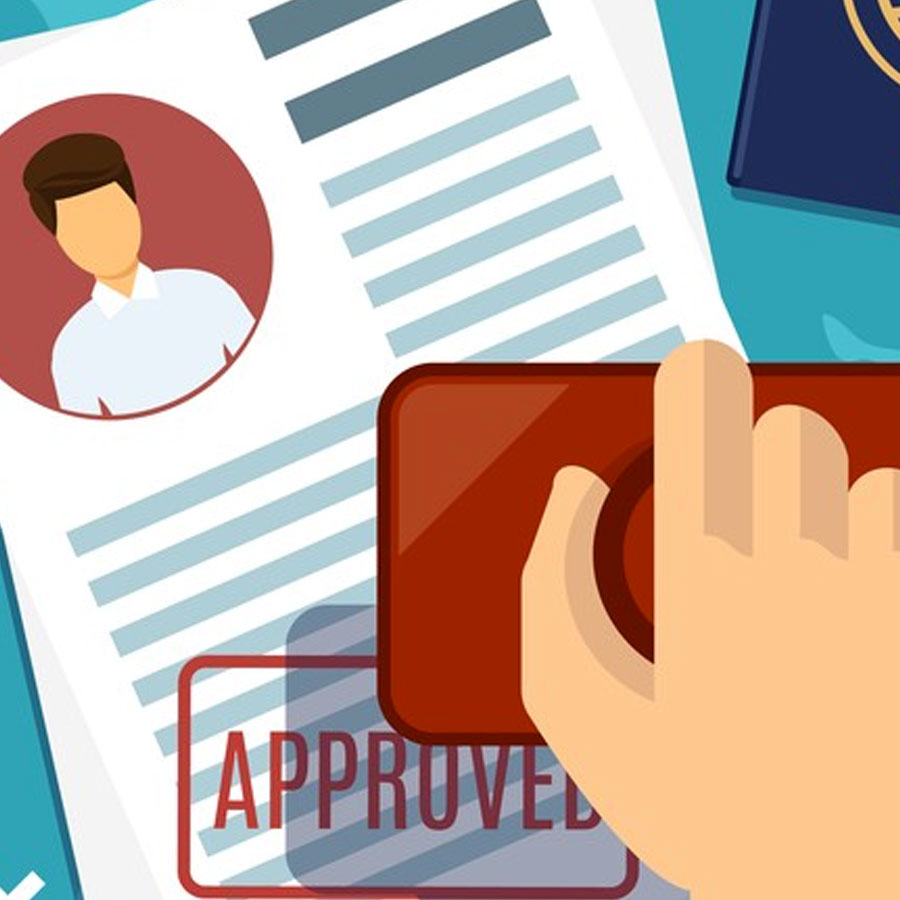