If you think New Zealand is different to where you come from - it is. Sometimes for the better and sometimes not. This week's blog is an example of how we are the same, or at least that we are stupid enough to elect the same sort of people...

I know it’s a stupid question but why do Politicians make promises they know they cannot deliver? We now have the President of South Africa confirming a new policy of land confiscation without compensation. At least, that was the headline. The small print suggested that they might, maybe, some land, some time. The political message was sent to the supporters of the ANC and those more radical that the government intends redistributing land but knowing that would be tantamount to economic suicide and most voters don’t read the fine print, a second, less headline grabbing message was sent to the world of don’t sweat it, we aren’t planning on becoming Zimbabwe.

Can they deliver both?

Although thankfully nothing in NZ is ever as radical as land confiscation, we have the bizarre situation in New Zealand with our mixed-member proportional representation system whereby the party that received the greatest number of votes in the election late last year with 44% does not form part of the current Government.  in the last weeks before the election the parties in Parliament were polling something like National 46%, Labour 32%, Green Party 8%, New Zealand First 7% and a few others on less than 5% (in New Zealand if you don’t win a constituency seat you must get 5% of the vote to return to Parliament). On election night the polls more or less reflected those numbers with the four big parties splitting the votes pretty much as predicted.

What no one imagined would happen was that the three ‘losing’ parties (legitimately) got together and said none want to work with the biggest and formed their own government. Nothing wrong with that — in the end it is all about getting to 50% and they did it.

My problem is less with the outcome, however bizarre and unexpected, as what those three smaller parties did to attract votes.

All were making all sorts of wild promises of what they would do if they were part of the next Government.

This included, among other things, “slashing immigration” by up to 80% (NZ First), cutting immigration by between 20,000 and 30 000 people (Labour, traditionally very pro-immigration), a promise to build 100,000 “affordable” houses within 10 years (Labour) along with a promise to provide free university education initially in year 1 from 2018.

Although in a mixed-member proportional representation system any party can shack up with any other, it was incomprehensible to most voters that the National Party, receiving 44%, would not be part of the next Government.

While I’m sure the three ‘losers’ were very happy, they made such outlandish promises to try and increase their votes, all those pigeons are now coming back to roost and there are lots of pigeons and a lot of pigeon poop.

Anybody with more than three brain cells would have known that any promise to build 100,000 affordable houses across the country within 10 years, and 50,000 of those in Auckland, was either deluded or a liar.  We’ve had a skill shortage in construction-related trades and other occupations (such as Architecture, Civil Engineers, QSs and so on) for many years and we still have a housing stock deficit so how could you promise, with a straight face, to build all these houses over that time frame while at the same time slashing immigration numbers?

We have now had virtually 9 years of unbroken growth, record rates of net migration and an economy which is 25% bigger today than it was nine years’ ago. It was widely estimated that we were at least 20,000 skilled workers short before the election yet those other political parties promised to build all these houses while at the same time cutting back on immigrants. That clearly isn’t going to happen (see previous update) and it’s interesting that Auckland house price values have begun their upward trajectory again, after taking a brief respite around the time of the election.

It has also now been revealed that within two years New Zealand is going to be 3,000 Teachers short of what will be required to cope with population growth and retiring Teachers. Teacher trainee numbers are down 40% on five years ago and continue to trend down. None of this should be news to any politician because the workforce is known to be ageing, Teachers retire and of course, there is a degree of churn as well.

It is a problem that was not hard to identify.

The new Government recently had the chance to put this critical skill back on the Long Term Skills Shortage List that was just updated but chose not to. Being on that list might have attracted a few more Teachers to these shores as they some could potentially secure residence without needing a job first — although every good, fluent English speaking teacher should qualify for residence if they can get registered here, there are still many that won’t come without residence first. When political parties campaigned on cutting/slashing immigration numbers one of your first moves could never be to encourage certain occupations to move here or you’ll look like idiots or liars.

To be fair, part of the problem that the Government inherited a situation where Teachers’ salaries have not kept up with salaries in other sectors. The most a Teacher can earn in New Zealand in the public system is NZ$ 71,000.00 per annum or thereabouts which if you are outside of Auckland is not a bad income at all and is indeed liveable, even for a single person.  In Auckland however, a graduate and single Teacher who begins on around $50,000.00 is going to struggle if they have aspirations for home ownership for example. If a Teacher is married and there is a second income coming in, then Auckland becomes a very viable option for those Teachers, young or old.

I should add that there are other allowances which Teachers can be paid if, for example, they take on management-level responsibilities and we have one client from South Africa currently in New Zealand working as a Teacher earning around NZ$ 95,00.00.  She is definitely the exception and the school has pulled out all the stops to ensure it was worth her while to stay.

The previous Government did put in place a relocation allowance, paid retrospectively to foreign teachers or kiwi teachers returning home of $5000. Too little, too late.

Earlier this week the Minister of Education said the Government doesn’t have an “inexhaustible bucket of money” to pay Teachers more! Could have fooled me.

You seem to have promised billions of dollars not yet in the nation’s bank account for everything else!

We now have the first year of tertiary education being free, which has cost the good folk of NZ NZ$2 billion this year alone. The cobbled together Government seem to have the money for that but in terms of needs and wants, that was a well intentioned but cynical promise to attract younger voters, no more and no less. While we might all like University to be free, they could probably double Teachers’ salaries and still have NZ$1.5 billion left over for the greater subsidisation of tertiary education than the 75% we currently do.

But no, they made a ‘promise'.

We will now also see confirmation of the lies that were told about slashing immigration.  The Deputy Prime Minister, whose party attracted around 7% of the popular vote and who every 3 years stands on a platform of cutting immigration by 80%, once again managed to convince a minority of (pretty stupid) people that this time round he wasn’t telling bald-faced lies.

The three party Government has run with the Labour Party’s election manifesto which is to cut 20,000 – 30,000 International Students from coming to New Zealand each year.  No talk of cutting skilled migrant quotas or investors or Parents, only international students as I have written about before.

A Treasury Report out this week indicated that decision will remove from the economy at least NZ$260 million per annum and probably a lot more.  Many of those students had work rights, i.e., they could work up to 20 per hours per week, so they were filling many of those lower-skilled casual jobs that we simply do not have enough people here to fill, especially in retail, hospitality, agriculture and horticulture.  So not only has this “cut” had a direct impact on the nation’s income but even more than that, we have got around 10,000 fewer people per year in the country available to local employers to fill roles that, as I say, there aren’t enough New Zealander to fill.

We have a very charismatic and I have no doubt, very nice, young Prime Minister that many people have taken a shine to. The first 100 days of this new Government has seen any number of reviews and enquiries launched (I always wonder what these Politicians do while they sit in opposition for 9 years in terms of planning and research) and I suspect within the next 12 months they’re going to regret an awful lot of the hollow promises they made that if they had any integrity, they would admit they were never going to be able to deliver.

But, sigh, that isn’t how politics works in any multi party democracy.

I’m not sure if (NZ) voters will ever learn but I note with a degree of relish that NZ First, the party that polled a pretty miserable 7% on election night but still effectively chose our current government (and their Leader appointed himself Deputy PM) is today polling 3.5% — not enough to get back into parliament.

I’d hazard a guess half those that voted for this party expected they’d enter into coalition with the National Party and are showing their displeasure ‘if an election was held today'. One can only hope that they remember that in 2020 when the election circus comes to town once again.

Perhaps the lies and half truths Politicians tell are not forgotten by all of the people all of the time. 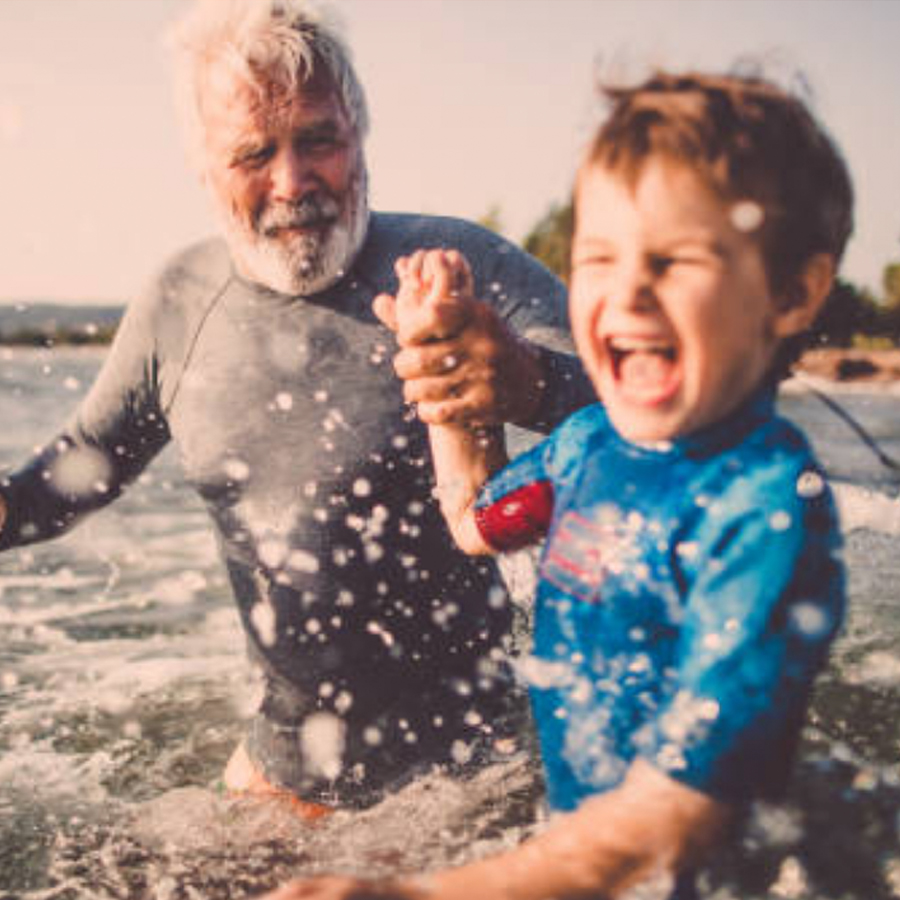