This famous quote is attributed to Winston Churchill but, apparently, he was quoting someone else. Doesn’t matter who said it really, it is a view cherished in the liberal west and where I come from in NZ, but one I’d suggest is as much about faith as it is about social and economic outcomes.

This morning, I stood in front of the remains of a B52 bomber, lying rusting in the small lake it crashed into, having been shot down over Hanoi in December, 1972, in one of the United States last-ditch efforts to try and force the communist north to the negotiating table (the US having pretty much lost the war by that point already). It got me thinking about political systems and how we in the west - so blindly, or arrogantly - think our system is better than these one-party States. If nations are not ‘democratic’ and multi-party, many in the west feel the need to ‘help’ these nations become so – the Americans in particular have long chanted their mantra which a lot of others view as more ‘imperialist’ and certainly, one suspects, less about spreading the ‘good news’ about American style democracy and more as self-serving BS.

I come from a liberal democracy where we also delude ourselves that our vote gets us the kind of Government that the majority of people want. Here in Vietnam they get to vote for one party only. They don’t choose the Government.

Last year in our Mixed Member Proportional voting system, no party got 50% of the vote (they never do in NZ). We ended up with an electorally legitimate but hardly representative Government, when the three losing parties teamed up to hold a slim majority. They told themselves the people had voted for change but, obviously, the people had done no such thing. They are a Government cobbled together with three sets of policies on everything;so no one voted for what we now have. It was a Government formed of the results of each person’s vote. The largest party only got one vote in every three cast at the election but their policies have dominated post election – put another way, two out of three people did not vote for their policies but we are largely getting them anyway. That’s democracy?

As always happens in our political system it has meant no one in NZ is actually getting what they voted for. Inducements (cough cough, ‘policy concessions’) were given to the smallest of the parties to win them over in coalition talks. This included $1 billion a year toward who knows what regional development projects and another billion or so toward boosting foreign aid and Diplomatic activities...that’s pretty precious lolly that would have gone a long way to paying teachers and nurses the salaries they deserve and is not what any of the three parties had as part of their manifestos – so it is certainly not what people had voted for.

Yet we attack one party states for doing the same sort of thing.

We consider that in communist or one party states people live without freedom and because they don’t get to choose their leaders from different parties, only one, that they must be unhappier than us but are they really any worse off than we are in countries like NZ or Australia? Over the ditch, they too have a coalition Government made up of two parties. You only have to look at the US to seriously question the merits of a two party system when neither can actually make it work. Italy is about to get probably its most bizarre Government ever (and that’s saying something).

Is our political system really superior in terms of the economic outcomes produced in countries like Vietnam or dare I say it, China? Here in Vietnam they talk about five-year economic plans – our politicians think only in terms of the next three as that’s when they might be voted out of office and/or need to jump into bed with some political party they cannot stand so every decision is about not offending too many political opponents. It makes for timid Government and in this fast changing world, now more than ever Government needs to be strong, agile and able to make bold far reaching decisions.

Instead, every three years we get irresponsible promises (like last year's cynical policy of making the first year of university free at a cost of $2 billion a year, when the state already picked up the tab for 75% of the true cost anyway). That was a lot of money promised that could have gone to hospitals, schools, increasing the salaries of Teachers and Nurses and making doctors’ visits for children cheaper – something now on hold...)

We think our ‘freedom’ to choose on all sorts of levels makes our system superior. I am increasingly doubtful.

Having been in Hanoi for a week I think the traffic is a good example of how wrong we might be. We perceive countries like this to be hamstrung by rules, regulations and centralised planning. On the roads it appears there are no road rules and you feel you are taking your life into your hands when in the traffic or crossing any road on foot. You quickly learn when crossing a road on the hoof however that what would turn the Police Commissioner in NZ deathly pale, when you relax and walk slowly into the stream (actually, 'river' might be a better term) of traffic, a strange thing happens - people ride and drive around you. I haven’t seen anyone get run over. Lots of parping horns but that it seems is to let other drivers know you are overtaking them and possibly in your blind spot. It isn’t anger or impatience.

I’ve seen a popular tee shirt for the tourists which says ‘Green light I go. Amber light I go. Red light I go’. Counter intuitively, it seems to work – motorbikes outnumber cars by probably fifty to one yet everyone, without anger or rancour, just get where they need to go – and in good time which is the amazing thing.

Where I come from we have speed cameras, police with radar guns, parking wardens and more road signs and speed limit signs than you can shake a stick at (in fact I often spend more time whilst driving on the open road in NZ trying to work out what the speed is through this valley, round that corner, up that hill - than watching the road – all apparently designed to control what we do in order to keep us safe).

We, who are supposedly free in New Zealand, actually appear to be the ones constrained by endless rules and regulations. And don’t start me on Australia! Even worse there.

Around the fringes of the old parts of Hanoi and criss-crossing the new suburbs springing up like mushrooms everywhere is a very first world road and public transport system (irony upon irony for a communist state, a lot of it is public private partnerships; something in NZ our current Government is desperate to avoid as some sort of capitalist evil) and I believe that there is an underground if not underway, then planned.

These guys have a transport plan they are executing out to 2030 and a ‘vision’ out to 2050. In countries like this they tend to just get on and do it and do not concern themselves with being re-elected in three years’ time.

I am sure along the way there are injustices and there are victims but if they can keep corruption and bribery out, then I suspect economically these one party states might be a superior system to our own where everything takes forever to get planned and executed because everyone has a right to voice their opinion, file an objection, have their day in court and cause delay after delay. In the modern global economy, you snooze you lose.

I am not saying this place is perfect. Far from it and I haven’t been here long enough to become an expert.

Of course, counter balancing my own thoughts on all this is the world has just as many failing or failed one party states, like South Africa which has become crippled by its inept and corrupt, but wonderfully democratic and freely elected, ANC Government in what is a multi- party democracy. I should also add Venezuela to that list as well as less than a shining example of a one party success story.

There is no doubt one party states face the challenge of not becoming complacent and corrupt but in an increasingly globalised economy of which countries like Vietnam are firmly a part, the people are not willing to be left behind by those of us living in the ‘rich’ west and I suspect their political leadership know it.

Plenty of people have forsaken western style democracy in exchange for material gain – Singapore being the best example in this region – it is in effect a one party state, benign to a point, but a one party state nonetheless. It might be one of the most sterile and dull cities on the planet but it has lots of shopping malls, few people go hungry and is undeniably prosperous. The people effectively decided to trade in true multi-party democracy for an ever higher standard of living (just not quality of life, I’d argue, which I’d suggest might actually be falling).

Vietnam tried to hold on to its communist ideals far longer than the neighbouring Chinese but once these guys saw how ‘Communist’ China was transformed (through being ‘Socialist with Chinese characteristics’ – translated – the little guy will have no real political power but we are going to become a rich country by joining the consumerists, and letting go of the foundations of communism), the Vietnamese were in, boots and all.

I’m not advocating for one party States as I appreciate no system is perfect. However, when I spend time in places like Asia where there is such a strong work ethic, a strong sense of family, a level of respect for older people, a sense of looking after one’s own and a keen responsibility by families to look after each generation without constantly expecting their Government to solve all their social and economic problems as we do in our socialist capitalist democracies, I really do wonder if Churchill (or whoever really did utter that famous quote initially), got it right.

Regarding the traffic, in some of the densely populated cities such as Chennai or Mumbai, people regulate themselves instead of depending on the traffic lights and road signs. Even the cows and stray dogs seem to understand how the traffic works. I have lived in Singapore and Australia, where even with strict road rules, traffic lights and endless warning signs on the roads, accidents still happen. I have noticed that driving rules in the developed countries teach about "right of way" and people use their "right of way" even when common sense should tell them it is not safe.

What a wonderfully insightful post, I thoroughly enjoyed your topic and thoughts this week. 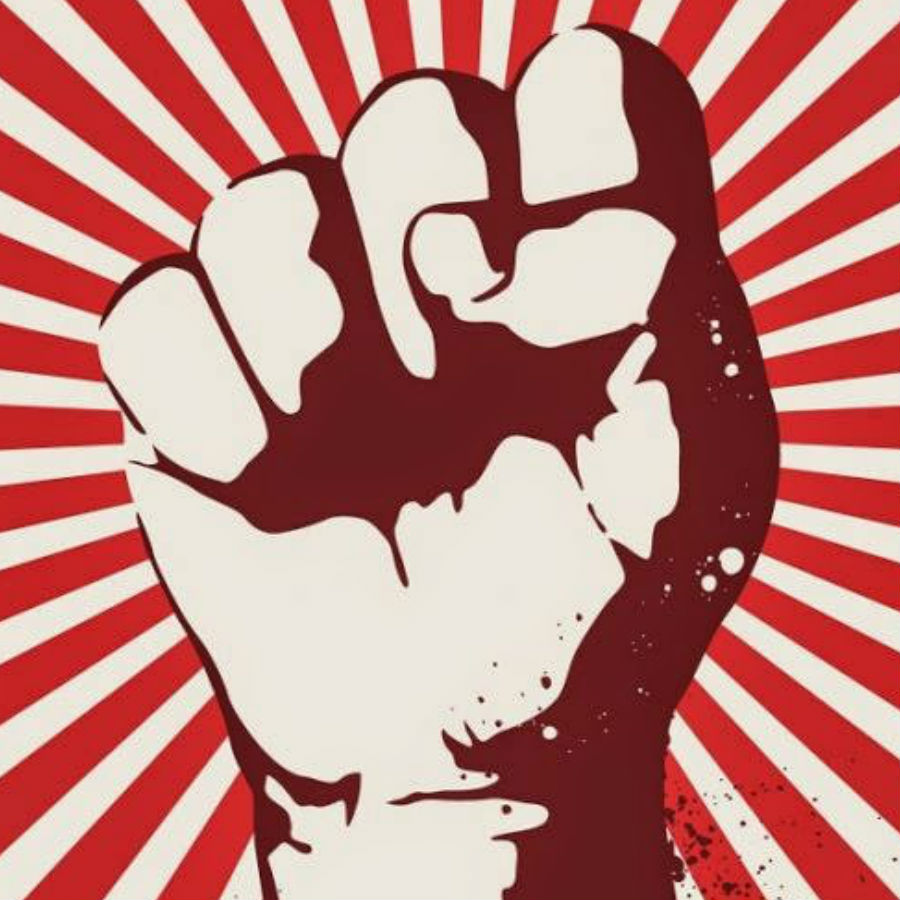