These words are frequently muttered by my wife as she leaves the house on her way to the shops after my entreaty to buy me snacks. They could just as easily be uttered by the Department of Home Affairs with regard to a skilled visa application...

These words are frequently muttered by my wife as she leaves the house on her way to the shops after my entreaty to buy me snacks. They could just as easily be uttered by the Department of Home Affairs with regard to a skilled visa application...

These words are frequently muttered by my wife as she leaves the house on her way to the shops after my entreaty to buy me snacks. They could just as easily be uttered by the Department of Home Affairs with regard to a skilled visa application.

My wife loves order and rules the household by way of lists. I suspect that she was previously employed as an immigration officer before she met me but failed to make this disclosure to me because she knew that my ardour would have cooled.

We have lists for everything in our household and because there is an app for everything a lot of the lists are electronic. At a very early age one of my three sons observed “dad’s the boss at work but mom is the boss at home”. I’m not sure what form of government we have at home, whether it’s a dictatorship, meritocracy or autocracy but I do know that my home life largely revolves around lists.

When I come to work my life also revolves around lists but these lists are created by the Department of Home Affairs relating to occupations that appear on lists that are suitable for different visa types for skilled migrants.

There are more lists created by state governments of occupations that are in demand in their particular state and this is pertinent if you are seeking to be nominated by a state government for one of the state nominated general skilled migration visas (which is almost all skilled migrants these days) and they are relevant to many of our clients based overseas.

Where do all of these lists come from?

In Australia (and New Zealand) we have a very large online directory called ANZSCO (the Australian and New Zealand Standard Classification of Occupations) which is compiled by the Department of Statistics in both countries and seeks to provide position descriptions, skill levels and criteria for being regarded as suitably qualified for a particular occupation. It was, many years ago co-opted by the two immigration departments in part to reduce the need for immigration officers to have to apply their minds in assessing whether someone really was an Electrician or primary School Teacher or Dog Groomer or something else entirely.

It’s available online and you can use the search function to find different occupations.

The immigration department and state governments use ANZSCO to compile their lists.

The philosophy behind the lists is that Australia (both federal and state governments) is looking for particular skill sets. You are often required to make sure that you are deemed suitably qualified in an occupation by obtaining a skills assessment conducted by a relevant authority. For example a professional engineer would require a skills assessment by Engineers Australia for a general skilled migration visa application.

Australia is suffering severe skill shortages in a wide range of occupations however we have a general federal election in May of this year and the government has said that they are not going to be increasing the annual migration quota of 160,000 permanent resident places notwithstanding the severe skill shortages. No government ever wins votes through an expanded immigration program notwithstanding the needs of an economy so this is not particularly surprising, however we are speculating that more occupations will be added to the list of occupations suitable for skilled migration and also the proportion of skilled migration to other forms of permanent resident visas will revert to pre-pandemic ratios of two thirds of the migration program allocated to skilled migrants and one third to the rest.

That’s good news if you are a skilled migrant overseas because there will be a larger annual quota of general skilled visas.

The pass mark for independent Sub Class 189 visas has been incredibly high over the last few years because the quota of available visas has shrunk from a high level of 33,500 places to the current measly quota of 6,500 places thereby pushing up the pass mark beyond what 99% of people can achieve.

As far as state nominated visas are concerned, however, whilst their pass mark is fixed, a larger annual quota will result in more expansive lists of occupations on the part of state governments which is a good thing if you need to apply for a state nominated visa.

The annual budget is expected on Tuesday evening next week which is when the annual migration quota is announced and with a sleight of hand the government could be increasing the proportion of skilled migration to Australia without increasing the annual quota.

So how do you know if your occupation is going to appear on a list?

The short answer is you don’t and you might be excused for thinking that you don’t want to incur the costs associated with English-language test and skills assessments (being pre-requisites to secure state sponsorship) if your occupation is not going to be on the list but we tend to find that history repeats itself as far as state nomination lists are concerned. In other words if your occupation has appeared on a state nomination list previously it is a good indication that it’s likely to appear again as skills shortages have increased, not abated.

Just like my home life getting into Australia is all about lists. Not being expert in interpreting them may mean you don’t end up with the outcome you wanted. Just like me and chocolate.

I don't understand how Australian immigration works. There are people who submitted applications as far as 2019 and still waiting for an outcome yet you hear of others that submitted in 2021 and got their visas.

Good Afternoon Administraction.Am Apply for this Visa becouse I gate job in Australia trouw on line.Prease Administraction Am safaring to gate a job here in South Africa.And Am refugees i dont have country me i can be Evin Australian.Am rell safaring becouse i dont have right to work at Australia.Many company i have Apply the told me to Apply by Immigration.If i gate work visa i shall go out of this safaring i have.I try to Apply by Certsy the told me i must Apply by immigration.Prease Administraction can i gate halp me i go out of Seeker.My file number by Home Affair at Pritolia Marabastard is BRA/008121/06.Pkay you people you can gate fantastic week.I shall tolk to you people from Monday Ameen.

I'm wanting to send handmade goods to New Zealand for my kids to sell to help them out with some extra income. Would this be allowed? Can I just send a box as normal, or do I have to say it's for resale.
I've looked and can't find any information. Please advise me, or point me in the right direction.

Thanking you in advance,
Sandra

March 29, 2022, 9:40 a.m. by Iain MacLeod
Hi The things we are asked! When you say 'handmade' if you aren't talking about food, then box it up, say on the airwaybill what is in it, add a value (it'll be low if t is homemade stuff) and send it on its merry way. The reason it is being sent over is immaterial. Iain
Reply to this comment 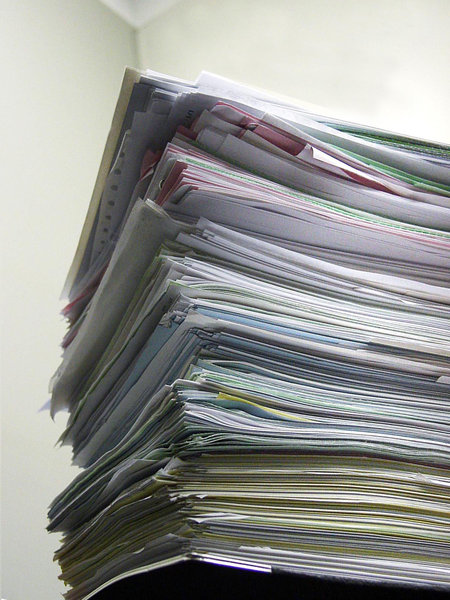