No matter which resident visa category you apply under – Parent, Skilled, Investor or Partnership, if you have a partner/spouse you need to demonstrate that you are currently (and have been) living together for a minimum of 12 months in a ‘genuine and stable relationship akin to a marriage which ...

No matter which resident visa category you apply under – Parent, Skilled, Investor or Partnership, if you have a partner/spouse you need to demonstrate that you are currently (and have been) living together for a minimum of 12 months in a ‘genuine and stable relationship akin to a marriage which ...

No matter which resident visa category you apply under – Parent, Skilled, Investor or Partnership, if you have a partner/spouse you need to demonstrate that you are currently (and have been) living together for a minimum of 12 months in a ‘genuine and stable relationship akin to a marriage which is likely to endure’.

There is no requirement that you be married – in fact this makes no difference to the assessment carried out by immigration officers. Living together means simply that – in an exclusive relationship – gay or straight, married or not, young or old - and under the same roof (and presumably in the same bed).

Breaking down the criteria all applicants need to demonstrate that:

So how do you prove with pieces of paper that you share a common address, a bed, that there is love and that you don’t throw pots and pans at one another every night after work?

The truth is, it is extremely difficult. I don’t know how wedding photos and bank statements prove anything at all.

We base our advice to clients on how a Judge in a family court might assess whether a couple are indeed, for the purposes of divvying up assets in the event of a relationship split, a ‘couple’.

The immigration rule book does not specify what evidence to present, only that whatever is presented must ‘satisfy an immigration officer’. The risk is no two officers will necessarily look at the same evidence and conclude the evidence of the relationship demonstrates it is genuine, stable and so on.

We tend to present two types of evidence – what I call ‘circumstantial’ (but which to me carries the most weight). This might include letters from friends and family, colleagues and associates who are part of your circle of family, friends and social network. Photos of the two of you together through time. Facebook screenshots. Skype logs.

The other is what I call ‘technical’ – evidence of joint ownership of or sharing property (rental agreements for example), insurance policies where your partner (and children) might be beneficiaries of a medical aid programme, invoices, utility bills, tax returns – essentially anything that shows a common address.

No two cases are ever going to be exactly the same and therefore the evidence is always subjective.

The biggest mistake we find, even with our own clients who get highly detailed and personalised instructions on what we want from them based on their personal circumstances, is they provide us their marriage certificate and their childrens' birth certificates. And that’s it.

What they fail to appreciate is that having a marriage certificate does not make a relationship genuine. Anecdotally there’s lots of activity around Auckland right now where former international students, having seen their pathway to residence being blocked by the Government are marrying locals, right, left and centre.

A marriage certificate doesn’t demonstrate ‘stability’ of the relationship either. This is why officers want to see credible evidence going back over at least 12 months of cohabitation – it isn’t watertight evidence but it is indicative.

A rental agreement or title deed to a property doesn’t prove you love each other and share a bed either. Nor I would suggest do joint (or multiple, single name) bank statements. Nor does showing birth certificates of children.

However, this ‘technical’ evidence is what INZ wants to see.

They can insist on interviews between couples or make ‘site visits’ (a euphemism for knocking on your front door without warning to see what the living arrangements are).

I do wish they would make greater use of the interview options because many couples, in very long relationships, organise their affairs separately. It does not diminish their love nor commitment to one another or in any way disprove their claim to a genuine and stable relationship. Too often immigration officers ask for ‘joint’ bank statements – easy to set up but what exactly does it prove?

It is not always easy for immigration officers but it has to be said they very often do not make it easy for themselves. As I was discussing with two senior INZ Managers only yesterday there remains a culture of paranoia and distrust inside INZ and many officers have a hard time appreciating that 90% of applicants are quite genuine and make no attempt to defraud the visa system. These are two managers I have the utmost respect for but even they, if you raise the ‘culture of paranoia and distrust’ observation with them, will immediately trot out an extreme example to demonstrate their distrust is justified. They all tend to focus on the 10% than accept the 90% that are genuine. In the end the risk is all applicants are tarred with the same brush.

It’s a cultural ‘disease’ so common to all Immigration Departments everywhere – it isn’t limited to New Zealand.

The result unfortunately is that applicants are generally treated as guilty and need to prove they are innocent.

This is why we provide our clients with a page of examples of the sort of evidence we need to ‘prove’ they live together once we understand their relationship. We even warn clients that for almost everyone we look after applying for a resident visa under any category, we will present as much evidence that they ‘live together’ as all the other evidence put together!

And I tend to remind people of my golden rules including most importantly ‘assume nothing and suspend logic’.

Hi Iain
I just sat and read your weekly blog and memories came flooding back of 13 years ago almost to the day that we arrived in NZ!
I remember so clearly you giving us this exact advise about preparing our 'evidence of partnership'. We faithfully followed Myer's suggestions and got our friends to write letters to state how long they'd known us and what they knew of our relationship. We collected photos of us both at each other's family occasions etc. We had such fun collecting the evidence and it was all so worth while.
Thanks Iain......we really wouldn't be still in NZ without you:-)

Oct. 6, 2017, 9:57 p.m. by Iain MacLeod
Hi I cannot believe it was 13 years ago we helped you! Thoughts of time flying aside what amazes me is that with all the free information out there about this issue and INZ's own website, more chat groups and forums that you poke a stick at, I still feel the need to blog about it because people just don't get it. Which is understandable given it is utterly illogical..... Regards Iain
Reply to this comment
June 12, 2018, 8:04 p.m. by Dr. Loden Rogers

I just sat and read your weekly blog and memories came flooding back of 13 years ago almost to the day that we arrived in NZ!
I remember so clearly you giving us this exact advice about preparing our 'evidence of partnership'. We faithfully followed Myer's suggestions and got our friends to write letters to state how long they'd known us and what they knew of our relationship. We collected photos of us both at each other's family occasions etc. We had such fun collecting the evidence and it was all so worthwhile. thanks for sharing

I met a girl about 6 months ago, and recently we have been talking about meeting and becoming serious, and I hope to live with her asap if the chemistry is there in person...

Reading this though makes me feel sick to my stomach, reminds me something you would expect from the Stasi or KGB.

The thing it seems to me is that "moral officers" tend to attract some of the worse kinds of people.

Because no sane healthy individual would rightfully want to go through the private lives of people.

Hi
I am currently studying in New Zealand. My husband is currently working in South Korea and his partnership visa was refused twice. The reasons was, immigration does not believe that our relationship is a stable one. I am so upset but we never want to give up this. This article was really helpful because I need my husband to come to me and we are gonna apply it again. But I think officers need to be open minded because it is really hard to bare these kind of situations for genuine and stable couple like us.

April 16, 2021, 3:59 p.m. by Sean
If you reread the current INZ instructions you will realize that a third Visa submission will automatically be declined without review. The requirements for Critical purpose visa don't stipulate a required time of living together, but rather demand evidence of living together in an old fashioned way. I once worked for INZ, and I can tell you this "genuine and stable relationship" instruction policy H6.15.1.1 E4.5.30 & E4.5.35 is carried from the 1970s. It is still in place simply so INZ case managers can reject applications at their own whim!. Due to NZ border closure and MIQ demands, I have learnt from a contact there that they are literally given a quote of rejection to approve ratio to abide with. Illogical outcomes are to be expected. You will even note the disclaimer on your first Visa request you have no rights to appeal, nor refunds on a resubmission. A immigration lawyer will surely know this and should now tell you to wait until the borders reopen, so I offer you caution that your lawyer maybe baiting you for fees if they tell you otherwise or there is hope to reapply. Sorry to be blunt with the verdict, but you'll experience pain from going through this all again.
Reply to this comment 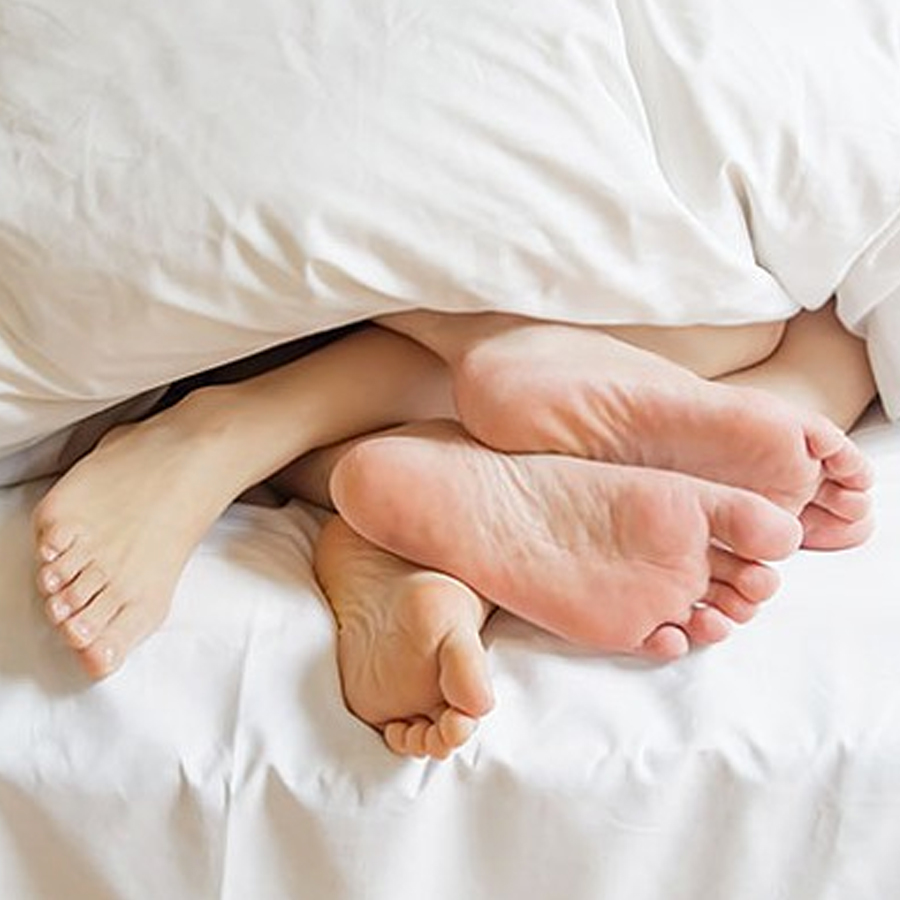