The craziness of the ‘critical worker’ border exemption lottery continues. To get one the primary criteria is to have a job offer in New Zealand and skills that require: ‘…unique (experience) and technical or specialist skills that are not readily obtainable in New Zealand’ Here is the guidance given to ...

The craziness of the ‘critical worker’ border exemption lottery continues. To get one the primary criteria is to have a job offer in New Zealand and skills that require: ‘…unique (experience) and technical or specialist skills that are not readily obtainable in New Zealand’ Here is the guidance given to ...

The craziness of the ‘critical worker’ border exemption lottery continues.

To get one the primary criteria is to have a job offer in New Zealand and skills that require:

Here is the guidance given to immigration officers of what ‘unique’ and ‘not readily obtainable’  might mean:

’The factors that an immigration officer may take into consideration when assessing:

1.                  "unique experience and technical or specialist skills" include, but are not limited to, whether these skills or experience:

•   can be demonstrated through global experience

•   are inherent to a person

•  there are no workers in the country who could perform the role, or

•   there is a very limited pool of available workers who could perform the role and they are not available to the employer (emphasis all mine!)

Not readily available to me means, we have the skills in NZ but not enough personnel with those skills.

INZ has granted permission to 250 foreign fishermen to work on deep sea trawlers. The first group arrived complete with Covid-19 among them which has resulted in community transmission (but that’s another story).

INZ has approved 1000 places for farm workers and in particular operators of heavy machinery like combine harvesters and other equipment.

We and a fellow industry player have had two requests for Veterinary Surgeons declined in the past two weeks.

1.    INZ recently approving 20 Vets under the same exemption policy; and

2.    The Veterinary Board itself confirming we are still 220 Vets short in the country - there is literally no Vets to fill these vacancies in New Zealand

3.    This occupation appearing on the Government’s Long Term Skills Shortage List which is by definition those occupations for which skills shortages are both ‘acute’ and ‘ongoing’ and for which local demand is always high.

The applications were declined because we are told that the skills did not meet the threshold of ‘not readily available’.

A Vet meets the criteria outlined above. While the bar is clearly quite high it isn’t as high as department officials are applying it.  Officers can take into account any cogent and credible argument into account as the ‘definitions’ are not exhaustive and are guidance - basically they have to apply their minds, something most of them struggle with, and ask themselves if we have a critical shortage of that particular skills set and if it is our interests to let that person in.

Given anyone allowed in has to spend two weeks in managed isolation the health risk is fundamentally as close to zero as it is possible to be.

It is totally bizarre logic to suggest that Vets do not meet this threshold then - yes we have Vets in New Zealand but ‘unique’ as defined in the rulebook does not mean we have to have no Vets here; it means that the skills the applicant has must have been gained in a ‘specialist training institution’. Sounds like the Veterinary faculty of a University to me.

Clearly the skills of a foreign trained Vet will not be ‘unique’ when applied in the literal sense but the rules do not require them to be.

If unique means one foreigner granted permission to work here and the one foreigner alone has those skills once they step across our border, how did the government let in the 249 other fishermen after they approved the first one? Once he was here, the rest cannot be said to be ‘unique’.

Add to that the English women’s netball team, the West Indian men’s cricket team who are here and about to play a series against our boys, the Pakistan men’s Cricket team, the Australian rugby side that has been and gone along with the America’s Cup sailors and shore based crews, film makers and actors (galore!) or that Polish orchestra conductor who was granted permission (but never fronted a gig because of lockdown)? What was so ‘unique’ about them?

If the Government wishes to shut down the ability of employers to recruit for something as critical as Vets, how do the fishermen and farm workers qualify? I accept that the companies needing the fishermen cannot find enough local workers and that suggests ‘not readily available’.  Ditto the heavy farm machinery operators. And watching the NZ men’s cricket team play the men’s second XI is less exciting than an International test match. But no one can argue that the West Indians are unique. We have plenty of professional cricket players here. And sailors. And yacht designers. And fishermen.

If the rules are to be taken seriously shouldn’t the same criteria apply to everyone?

Is it simply that the lobby groups behind these non-fishing and farm occupational groups aren’t as strong as the those in the fishing, farming, entertainment and sporting industries?

Our skills shortages, as I have recently written about, are not being alleviated by the small rise in local unemployment. Almost 20% of employers are finding it hard to fill vacancies today. With the unemployment rate now at 5.3% but 16% of employers confirming their intention to employ more workers and some 3000 or so unemployed getting jobs in the past two weeks alone, what is the Government’s/INZ’s problem?

There is certainly now a shortage of managed isolation rooms in the 4 and 5 star hotels arrivals must spend for 14 days. News reports out this week suggest the ‘inn is full’, literally, till February 2021. Largely taken up by returning New Zealanders and permanent residents, especially in the run up to Christmas. Capacity is not the reason we are being given for these declines – the availability of local labour/skills is the reason.

What to make then of the Government’s commitment during the election to ring fence 10% of the 5000 or so rooms for critical workers?

It appears to be a promise broken or a promise made with pinkies crossed behind the Prime Minister’s back.

Someone needs to sit these INZ Managers down and force them to confront the inconsistent decisions and the fact that they appear to be applying a set of criteria none of us know about. And causing untold misery to New Zealand employers.

There is no other explanation for the hundreds of exemptions for critical workers that are being knocked back each and every week.

It would be nice if someone in a position of power (somewhere between the PM and the senior managers overseeing the process inside the department) might explain the disconnect between the written rules and the decisions we all see being made on a daily basis. We have demanded this under the Official Information Act but INZ managers are masters of obfuscation so I am not holding my breath.

Do you think this is INZ being internally inconsistent, or the government directing the policy? You seem to indicate the latter in this article, but I guess it could also be both.
Good luck with the OIA request - did you do it through the FYI site, or directly?

Dear Lain Macleod
Greetings and hope that you are doing well these days.
I have read your post and it made me feel happy when no one care about people from other countries, you are trying to do things right.
I am from Iran and I would ask you to know, if it's possible for me to emigrate to NZ as "Plumber" with my wife and my adopted son. I am 40 years old and I have iranian license as plumber with more than 3 years of work experience.
Best regards
M. Khorramdel Azad

Huge inconsistency with INZ at the moment.

You should look into the inconsistency of all the split families- like me my husband has been in New Zealand since March came in on a skilled visa, working, paying taxes I am stuck in South Africa with 2 kids. 14 exceptions applied for, all declined. However so many other split families have been allowed in. No consistency at all.

Major lottery game going on. Families are being forced to live 2 separate lives.

Hi Iain, can you not get a meeting with Jacinda? I’d go straight to the top, and her being such a people’s person and all, the right thing to do, would be to accept your request! 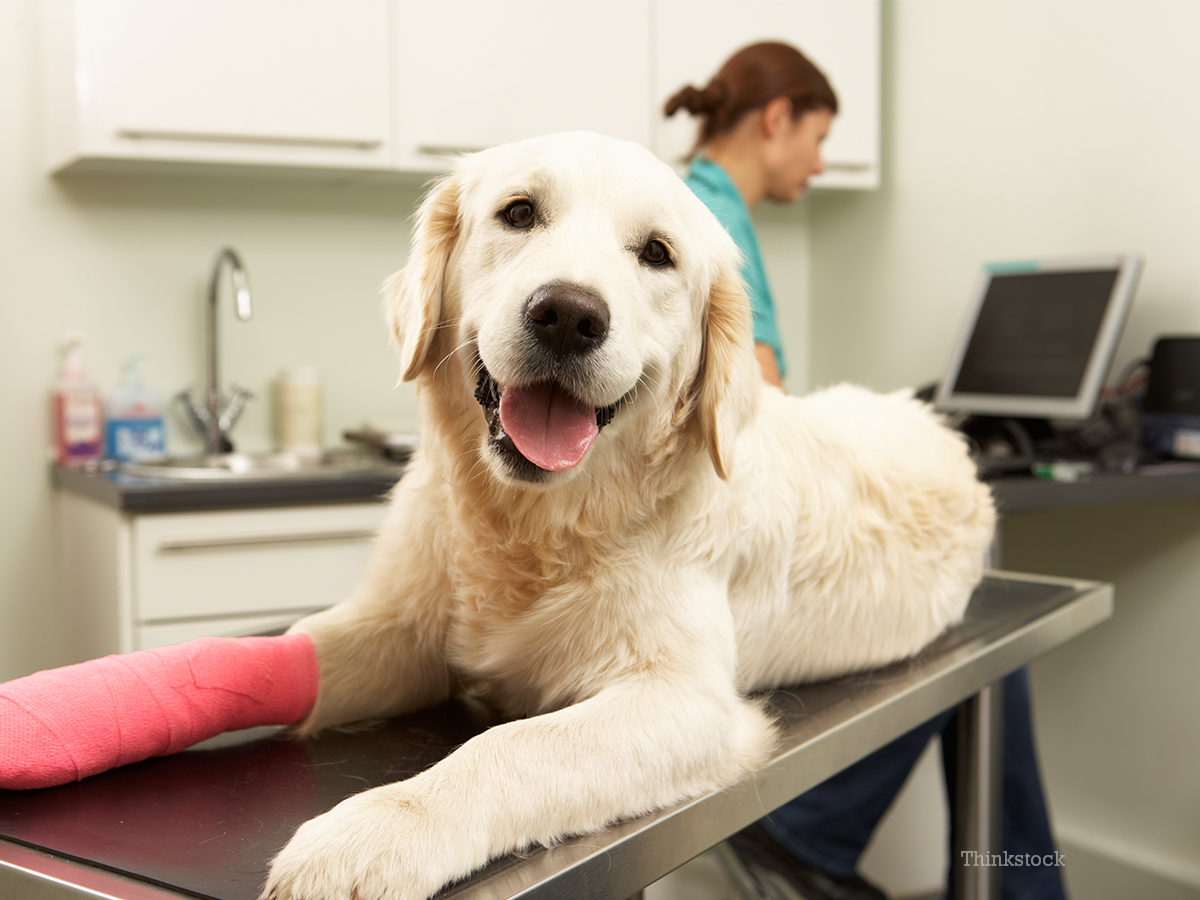