If you ever watched the movie Blade Runner, it speaks of a time on an over populated home planet where once humans get to a certain age, they are ‘dispatched’, permanently, to cut down on those needing to be looked after. Humans have a ‘use by’ date, strictly enforced...

If you ever watched the movie Blade Runner, it speaks of a time on an over populated home planet where once humans get to a certain age, they are ‘dispatched’, permanently, to cut down on those needing to be looked after. Humans have a ‘use by’ date, strictly enforced...

A few years ago I got the most intelligent question ever from a potential client. He asked me what I believed was the greatest challenge NZ faced twenty years in the future. I had to think about it for a few minutes and after thinking about the many possibilities I said ‘Wrinkles’.

If you ever watched the movie Blade Runner, it speaks of a time on an over populated home planet where once humans get to a certain age, they are ‘dispatched’, permanently, to cut down on those needing to be looked after. Humans have a ‘use by’ date, strictly enforced.

A work of fiction but it raised a very interesting question - in a world of finite resources and ever increasing demands upon them, a deteriorating natural environment and an inability of natural systems to support ever increasing national and global populations, might it be an idea that people need to consider, however unpalatable?

Viruses as we have seen can only do so much of that work (but potentially a lot more of it in future).

I was pondering New Zealand’s ageing population dilemma following the New Zealand Government’s announcement its Skilled Migrant Category review is ‘priority’ and my business partner Myer’s thoughtful piece last week on the reliance by Australia on more and more young(ish) people going to Australia to keep the demographic triangle from ‘inverting’. That is to say more young people and a wider tax base funding the care of all, but not least, the elderly.

At the same time statistics revealed that in New Zealand our birth rate has fallen to 1.6 children per woman. It’s the lowest in 20 years (clearly not as much pandemic lockdown cuddling as many expected) and reflects a long term trend of fewer children. I understand 2.1 children per woman is the minimum ‘replacement’ value of a population.

And that future is rapidly approaching - I’d suggest in 5 years we won’t need as many Primary school teachers as we do today, in 13 years fewer High school teachers, in 20 years, fewer University lecturers. Fewer IT workers. Fewer Accountants in 50 years. Fewer sales and marketing people in the middle as older people spend less and consume far less than younger people do.

At the same time we will need more aged care workers, qualified nurses, Doctors and mental health specialists (dementia and other aged related conditions will be numerically greater) and dare I say it Funeral Directors.

I wonder what, if any, planning for this ‘older’ future is in the minds of our immigration policy wonks and politicians. Will a rapidly ageing population play any role in the thinking going into this year’s Skilled Migrant Category review? Does any Government anywhere outside of China, let alone ours, really ever look that far into the future?

We are heading for an aged population and we cannot ignore the fact that planning for it needs to start now.

I look across the Tasman Sea for an example of how Australia is(n’t) dealing with it.

Australia has for the past 50 years adopted an economic policy largely centred around the two ‘Ms’ of mining and migration.

Immigrants consume so they are great for economies. Houses, cars, flat screen TVs, lounge suites, services - all add to GDP and employment of locals.

At the same time however the wealthy west is facing the very real dilemma of ever reducing resources, living with greater environmental damage and I’d suggest at some point ever diminishing economic returns while trying to support ever larger populations (and yes none of us know what might be invented or created in 5, 10 or 20 years time that might allow greater human carrying capacities but I’d suggest we might just have quality of life issues regardless).

Australia has an ongoing and critical shortage of water for example. Not because it doesn’t rain but it doesn’t rain enough where people live. Sure, you can desalinate salt water at incredible cost or build a pipeline from Darwin to Adelaide. But you need the energy and money to doit. Right now Australia is the world’s largest exporter of coal and is heavily reliant on fossil fuels for its local energy needs. They believe they must export coal to support local jobs and keep the dollars flowing into the country. And by doing so they are contributing to their, and the world’s, demise through climate change, pollution and environmental degradation - all in large part to employ and meet the demands of an increasing population - many of whom they ‘imported’. Doesn’t make a lot of sense.

I have always thought any strategy that brings in more and more younger people to offset those that are ageing has one serious flaw. Young people have a bad habit of becoming old people. At some point the day of reckoning will arrive.

In New Zealand the Government announced the week before last the 12 month overdue Skilled Migrant Category ‘first principles’ review is now priority (not I imagine for any reason other than it should have been done last year but the Government didn’t get around to doing it and some Mandarin from the public service has been in the ear of the Minister).

The Minister of Immigration, in what is possibly not accidental additional commentary, did what all politicians do around here - made noises that future migrant numbers will be lower than they have been and New Zealand employers need to get used to employing locals. Which is requisite political posturing - they all say that every time the word immigration comes up.

All well and good if you think immigration is bad, but what numbers and what occupations might you cut when you currently operate a labour market driven residence programme where for the most part migrants are highly qualified and highly skilled and are not taking jobs away from locals? To get a resident visa migrants must convince often sceptical local employers to play the visa game, a game in my three decades helping migrants negotiate this process 90% simply will not play. ‘Go and get a work visa and come back and see me’ they say. But you can’t get the work visa without a job…all that means migrants don’t take a job when a Kiwi can fill it.

As a nation we do not train and educate the numbers that we need to fill the vacancies being created. Every year we create tens of thousands of low, semi and highly skilled jobs that we simply cannot fill for all sorts of reasons. Our Universities produce half the number of Engineers and ICT workers we need to fill existing vacancies. Currently 45% of employers are telling the Government - we’d love to employ Kiwis but we cannot attract any to apply for the jobs we are advertising. Fruit growers are still begging for locals to come and help pick fruit.

Unless and until we train up those we need to fill the more skilled vacancies we are always going to require a skilled migration programme (and until we make the young, fit and healthy move to fill the less skilled roles) so we have a few stark choices:

•     Import the skills until we produce what we need - and if those people are not given the opportunity of staying permanently many will decide to vote with their feet and go to a country where they can e.g. Canada. Migration is competitive.

•     Reform welfare to force those able to get into training or study, to study. The Government keeps raising the minimum wage (closing in on $20 an hour) which is actually a disincentive to hire young people and train them (how about the first $18,000 of cinome being tax free instead?)

•     Stop subsidising the education of those skills we are never short of (law and marketing and the like…) and provide greater subsidies for those we believe we will always need - nurses, teachers, software developers and engineers

One thing is for certain, like all developed countries (the US is the one possible exception) we have a rapidly ageing population. If the Government doesn’t start making wiping bums and showering old people in retirement villages popular and affordable for locals we will be forced to import the skills to do it.

No politician wants to have to try and sell an immigration policy that says we are letting in 50,000 Filipino aged care workers over twenty years to work with our dementia patients and the elderly but that is exactly where New Zealand is headed. And in time, Australia. Japan is already there.

I had an interesting discussion last year with David Seymour who leads the third largest party in the current Parliament. He’s a nice guy, very intelligent and my local MP and I voted for him. He is implacably opposed to any sort of population policy because, as he rightly points out, who can know for sure what skills we will need in one, two or three decades time? On that score I believe him to be right. But on a national level one thing is certain - if we do not want to follow Australia’s model (and I don’t think it’s smart in a world of finite resources where we need to cut our personal rates of consumption) and we do nothing to even think about our future workforce needs, we are going to become a nation where the tax base shrinks and the number of older people needing to be supported by younger people will increase.

The population ‘triangle’ is going to invert. Australia is heading down a blind alley in terms of its population. New Zealand doesn’t use immigration as a consumptive tool even though most smart politicians recognise immigrants do add to economic activity. In my view though that should not be the reason to let someone join us. It should be based on what skills we need. If they buy a flat screen TV along the way, huzzah!

Do we face a Blade Runner type decision some time in the not too distant future or will the politicians ‘de-politicise' immigration, start thinking about what skills and labour we need to cater for this ageing population and put in place a bi-partisan 20, 30 and 50 year plan to deal with an ageing population encompassing immigration settings, education, aged care and health funding?

Given my age I don’t much fancy the Blade Runner option so I’d like to think the politicians start choosing their words when it comes to immigration policy reviews a little more carefully. 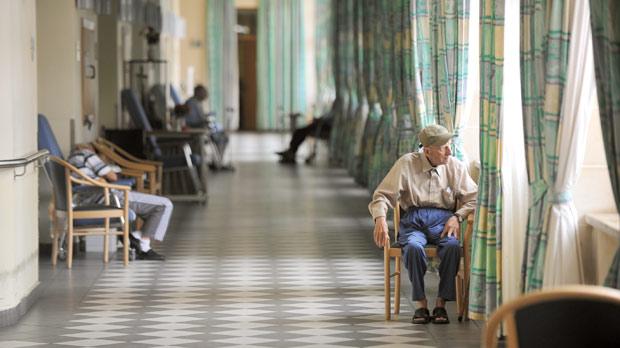