There’s an old saying that actions speak louder than words. A few weeks ago the New Zealand Government announced with it must be said, muted fanfare, that the days of high levels of inward migration were over...

There’s an old saying that actions speak louder than words. A few weeks ago the New Zealand Government announced with it must be said, muted fanfare, that the days of high levels of inward migration were over...

There’s an old saying that actions speak louder than words.

A few weeks ago the New Zealand Government announced with it must be said, muted fanfare, that the days of high levels of inward migration were over. Employers needed to get used to less access to global labour and start finding New Zealanders to fill the thousands of vacancies being advertised every week. That is, whether or not those New Zealanders wish to be found. Or work. Employers would need to train and up skill those that are here and not rely on foreigners.

Migrant groups, those already in New Zealand and people looking to move here felt marginalised and picked on. New Zealand is increasingly being viewed as less welcoming to migrants in the markets we at IMMagine work in. While we reassure the world that much of this is simply political posturing that comes with the risk we are seen to be telling people what they want to hear and not what they need to know - something we have built our reputation on over thirty years.

So what actions has the government taken since it announced this so called immigration 'reset'?

A closer examination reveals something quite different to the rhetoric.

Vague in detail at the time beyond suggesting a new ‘direction of travel’ which would see fewer work visas being made available to those at the lower skills end of the spectrum the Government has taken two concrete steps since then which completely contradicts what was announced in that speech.

Within two weeks the Government announced a blanket extension to all those in the country who hold Holiday Working Visas and Seasonal Work Visas (filling temporary and casual horticulture and agricultural roles for the most part). The sort of occupations where workers are often lower skilled and are paid at the lower end of the spectrum. Strike one.

Last week the Government announced that essential skill work visas for those earning under the median wage will be allowed to remain in the country for two years from the current one. A doubling in the amount of time the very people the ‘reset’ speech announced we do not want any longer can remain in the country. Strike two.

Reinforcing the ‘don’t mistake politicking for reality’ message last week the Deputy Prime Minister said that the government was not talking about ‘turning immigration on its head’. Strike three.

In a classic judge-me-on-what-I-do-and-not-what-I-say these three announcements reflect a very different economic reality to the trending political narrative and migrant markets should sit up and take note. The reality is our politicians are, when it comes to immigration at least, full of hot air.

It is a case of labour market reality smacking them in the vote chasing face. The reality is our economy is strong and expected to grow by 5.5% this year and 3.8% next, our GDP is higher than it was before we had heard of Covid, unemployment is 4.6% (and expected to continue falling) effectively meaning we cannot go much lower (given there’s a percentage of the population incapable or unwilling of working). Inflation over the past year has increased to 3.3%, the Reserve Bank has stopped its bond buying programme and has signalled interest rates will shortly have to start rising. Already some of the high street banks are moving to increase their deposit and lending rates.

As the border restrictions continue to starve the local economy of valuable skills and labour that we simply do not have locally the Government has no choice but to encourage those it said a few weeks ago it didn’t want to stay here, to please please please stay longer!

The reality is simple. The political hot air is not anti-migrant per se, it is about infrastructure pressure and house prices, but the government has painted itself into something of a corner. Nothing more and nothing less. We have never as a country produced all the skills we need and that in part is because who can ever know for sure what an economy will need in five, ten or twenty years time? In the meantime we equally subsidise those wishing to study sports science, marketing and law as much as we subsidise IT and Engineering despite not being short of the first group but being desperate for the second. Perhaps as a sign of the real future the Government has chucked $340 million at ‘free’ apprenticeship training but therein lies the rub.

It takes four years to train a welder, a carpenter, an electrician. It takes 4-5 years to train an engineer, nurse or teacher. Six years a Dentist or Doctor so even if the Government was serious about some vague new ‘direction of travel’ and even if we see some sort of ‘reset’ with some actual detail (don’t hold your breath), it will take years before we can rejig our education system to encourage young people to make different career choices. There seems little appetite for increasing incentives on the young and unemployed to up skill and train (if they are capable of it).

And can we force someone who wants to study sports science or marketing to become a Civil Engineer, Teacher or Software Developer anyway?

At the same time with their international border largely closed in Australia to all but a relatively small number of permanent residence holding migrants, many recruiters there are now in New Zealand actively poaching staff (and vice versa) . I heard of a story a couple of weeks ago where a young software developer in New Zealand earning $85,000 had apparently been offered $200,000 to move to Australia. The New Zealand employer matched it. Good for the developer, not so good for the consumer of whatever it is that company produces.

This week one of my own clients who had accepted (against my advice) a job two years ago paying $60,000 has just been offered $107,000 and is being interviewed for another role which will pay even more. He cannot believe how many companies want to interview him and what they are willing to pay.

So, our Government can starve employers of the low, medium and highly skilled as it is doing now through not processing offshore based visa applicants but that doesn’t help employers fill vacancies as the more highly skilled locals play musical chairs for more money.

Once international travel resumes and our population is largely vaccinated (by the end of the year apparently) we are going to be vulnerable to our own skilled workforce heading overseas again for adventure, global experience, opportunity or more money. We simply have to replace them and that is where our Government’s words will not be matched with its action - because it cannot afford to.

That inflation is now the highest it has been since the GFC bounce back is in part being fuelled by salaries increasing. Australia represents a clear and present danger in terms of attracting people to move over there for more money. They too are desperate with a strong economy and low unemployment.

We are in a global competition for skills and pay packets must reflect that as part of the solution to attracting and retaining talent.

So next time you hear any Minister of Immigration or Economic Development or even the Prime Minister herself making noises about restricting immigration, cutting numbers and making life more difficult for migrants to get into or remain in New Zealand, judge them on what they do, not what they say.

Believe me it will be a different story.

Iain, the message that I get from both the words AND actions from the NZ government is that they DO want the temporary foreign workers. They DO NOT want those workers to stay and become residents. That way they get the best of both worlds.

Once you look at it from that point of view the extensions for temporary visa holders vs the zero action on the horrid resident applications queue and no EOI selections make a lot of sense.

All the talk about a 'reset' is just code for 'we need the workers, we don't need them to stay'.

July 23, 2021, 11:22 p.m. by Iain MacLeod
Hi I’m not so sure about that. If we don’t offer the more highly skilled the option of residence I’m not sure they’ll come at all. They’ll head to those countries that offer pathways to residence. Iain
July 26, 2021, 11:37 a.m. by Greg G
"Skilled migrants are leaving in droves, frustrated by lengthy residency delays" - Stuff, 25 July 2021. While I do not actually think skilled migrants are already leaving in large numbers yet, it does seem like they are losing patience. And headlines like these (there have been many in this vein) will no doubt influence decisions in whether to come here in the first place. But consider two things: Dubai and the traditional Kiwi OE. Nobody goes and works in Dubai to go become a resident - it is always just to do a few years, get experience, make some money and then go back to your home country. This is the case even with skilled occupations. And of course Kiwis love the overseas experience - many work abroad for years but always with the plan of returned here. So my guess is that there is some of that thinking happening here. Welcome the workers, but 'encourage' them to go home after a while. Make it relatively easy to get the temporary work visas but really hard to get residency. I guess time will tell if migrants will continue to use NZ for their OE experience if they have little to no chance of being able to stay.
Reply to this comment 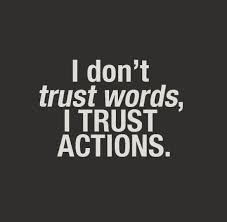