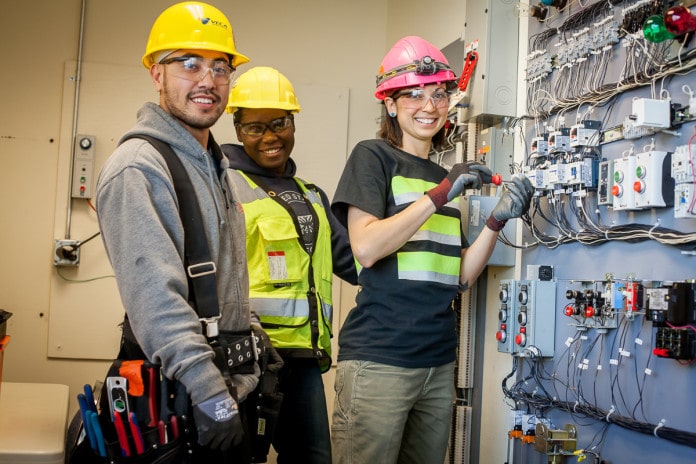 Our Prime Minister plans to open the Australian border to foreign skilled workers before year end but whether that in itself is sufficient to satisfy the growing skill shortages in Australia remains to be seen.

The economy is expected by the Reserve Bank of Australia to bounce back strongly expecting 5.5% growth next year. Unemployment rate is presently at 4.6% and increased demand for skills in Australia has put pressure on wage inflation and this coupled with rapid increases in house prices have led to inflationary concerns with many of the banks starting to increase rates for fixed term mortgages.

The skills shortage has been exacerbated by the fact that we haven’t had skilled migration for the past 18 months and scores of foreign workers left Australia at the onset of Covid and border restrictions. To compound the skills shortage many young professional Australians are relishing the opportunity of being able to work overseas on working holiday visas and it’s going to lead to a mass exodus of skills in Australia over the next few months.

There were nearly 600,000 fewer temporary visa holders in Australia in December 2020 compared to the same period in 2019, as migrants returned home following the COVID-19 pandemic and the closure of the international borders - many of whom were international students, some on temporary work visas and working holiday visa holders. Australia not only lost these people but the skills they were contributing to the Australian economy.

There are so many articles in publications such as the Australian Financial Review dealing with skill shortages that I’m confident the government is aware of the shortages and have given consideration as to how to facilitate importation of skills to redress these shortages. There are lots of encouraging words from the Treasurer and Prime Minister (including importantly in my opinion using the words ‘welcoming’ skilled migrants and international students back… welcoming I think is a strong signal about perceived value by the host Australia).

Unfortunately none of the detail relating to their planning has been released but perhaps they can be forgiven, the Prime Minister has had a lot on his plate of late with a spat with the French over a cancelled submarine deal and trying to develop a carbon r reduction program that would appease its coalition partner and seem to be tackling climate change.

Whilst they (and their skills) are going to be a welcome addition to Australia, we very much doubt whether that in itself will make a significant difference to skill shortages. Many of them will be young students with limited work experience seeking to study in Australia, then graduate to working visas before working in Australia and ultimately acquiring permanent residence.

I also doubt that the thousands of general skilled migration visa applications that have been lodged with the Department but not yet processed would satisfy the growing skill shortage but it would be a useful start. The government has been loath to process these applications over the past 18 months because of border restrictions (they didn’t want to put further pressure on the limited quarantine facilities available in Australia for new arrivals) but it would be a good starting point.

There also hasn’t been any announcement made in regard to those who have been patiently waiting overseas on provisional visas that have already been granted but who were unable to enter Australia because of border restrictions. Only certain people such as Australian citizens, spouses of Australian citizens and permanent residents were allowed to enter Australia because of border restrictions, as well as those 44 occupations that comprise the priority skilled occupations list.

Provisional visa holders need to satisfy certain conditions to progress to permanent residence such as living and working in regional Australia for a certain time during the validity of their visas. I’m sure that many would feel much more comfortable about making plans to migrate to Australia if a decision had been made to extend the validity of those visas.

State governments might also want to start producing lists of occupations that they intend to sponsor for overseas workers. At present there is only one state sponsoring overseas applicant’s namely South Australia.

If the other states are to follow South Australia’s lead we are going to see a change in the type of applicant sponsored with greater emphasis upon years of work experience in the nominated occupation and better English-language scores.

While the incentive to provide favourable sponsorship opportunities to international students is a great prop to the Australian tertiary education system, often graduates will not have the skills or experience to satisfy the needs of Australian employers. For this reason we suspect states will be eager to attract more overseas talent to help fill their critical skills needs.

There are so many occupations required in Australia it would provide a misleading impression to focus on just one occupation, but the occupation of accountant is interesting. For years we had been told that Australia was overrun by accountants. Many of these accountants were in fact young students who came to study in Australia and traditionally the occupation was given a relatively easy passage to progress from temporary visas to permanent resident visas.

Fast forward 18 months and we are told that there is a dire shortage of accountants in Australia with many seeking to leave Australia because of higher salaries overseas, facilitated by the Australian working holiday schemes that allow young Australians to live and work abroad.

An announcement on the part of the government as to how it plans on welcoming back skilled migrants and foreign students would be timely as it would allay the fears of a growing number of employers in Australia that they will have access to the overseas skills necessary to operate and grow.